Although early morning rain threatened the thought of our usual outdoor closing ceremonies, the clouds parted right after breakfast and it was all sun the rest of the camp.

Here are some of the final awards and standings to close out camp. 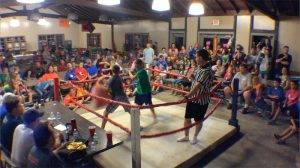 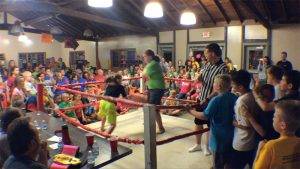 The girls championship match turned out to be an exciting rematch from last year’s finals between Erin Mitchell and Baylee McPherson.  This year, after an extra round (because it was too close to call after regulation) Baylee was able to pull out the victory by an ever so slight margin.

For the boys, the road for the two finalists was very tough.  Both Evan Kriech and Paxton Bacon had to beat serious competitors to get to the finals.  But in the end, Paxton was able to land more direct hits than Evan, and Paxton pulled out the victory.

Thanks to all the commissioner, Jason Dorn and all the camp counselors that make this happen.

Campers of the Year

One of the biggest awards that are given out each year is “Camper of the Year.” One boy and one girl are selected by the counselors for their leadership and example.  This year’s winners were Ava Davis for the girls and Ty Owens for the boys.  Congratulations to both of them! 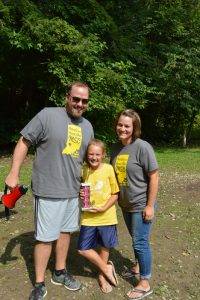 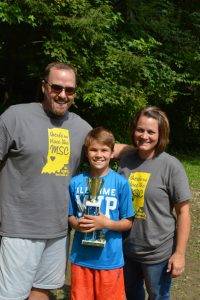 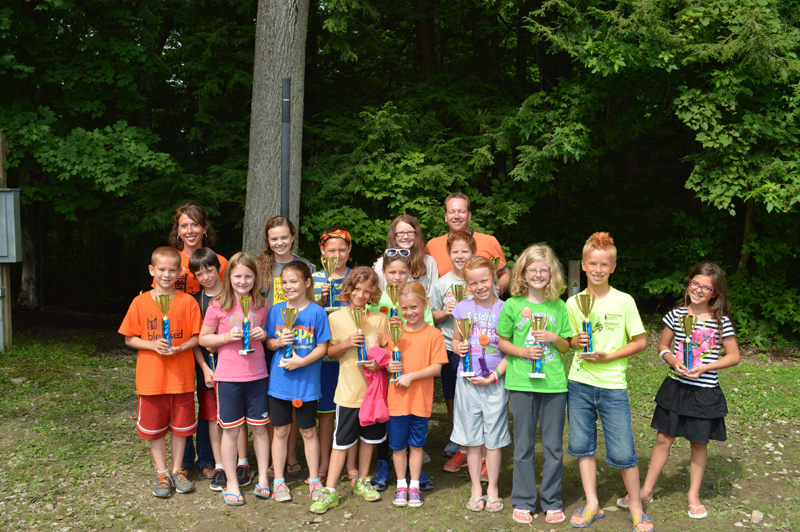 It’s hard to believe, but with a possible 13,000 points for the week, these final four teams were only separated by 400 points!  Here were the top four teams

Thank You, Scott and Tina Mitchell 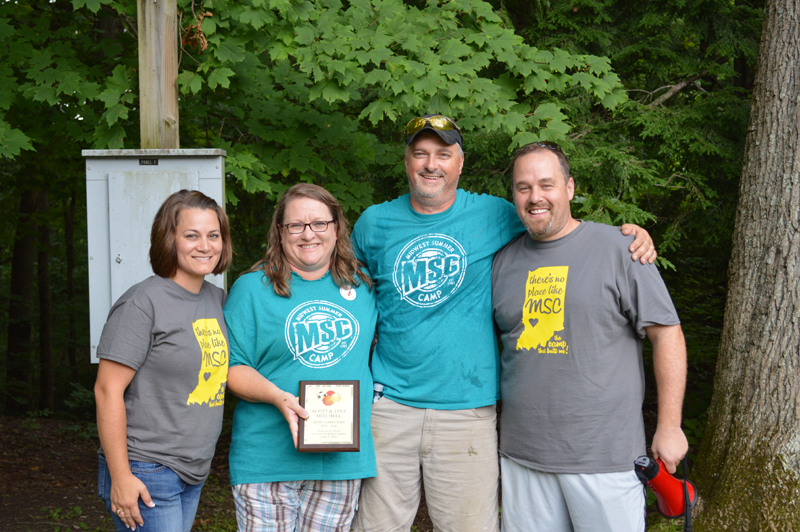 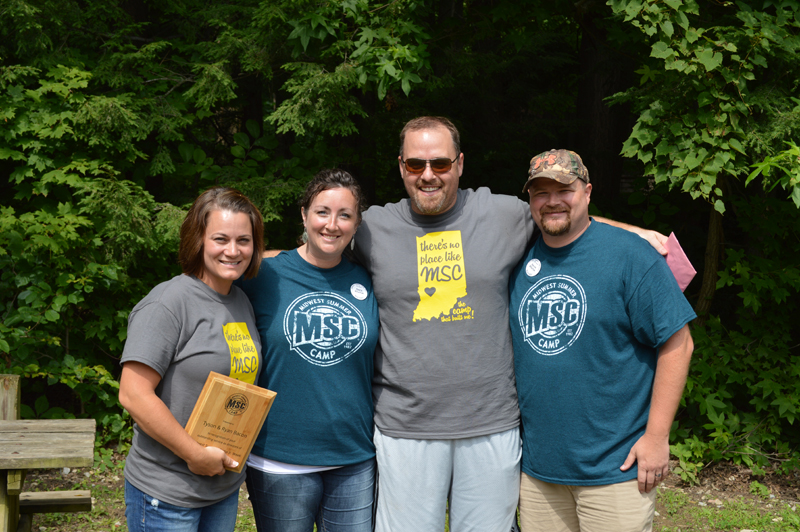 In addition, the Jr. Camp directors Tyson and Ryan Bacon completed their last year at Jr. Camp.  During their years of leadership, they have grown the camp considerably.  They have left the camp in a great place and we are all appreciative of their years of hard work.  It was also announced that Kevin and Sara Rhoton will be replacing them as camp directors. Kevin and Sara have been involved with the Jr. Camp for the last 5 years and will do a great job!

Camp has been a great way for kids (and adults) to meet and connect with other, like-minded individuals, and at Midwest Summer Camp, we want to make sure that doesn’t end just because camp has.  Please visit www.midwestsummercamp.com to see all of the activities that are planned for this year and next.