Truman Todd received quite a surprise last night as he entered the ring for his pillow fight match…..his father, Troy Todd, who has been deployed overseas for a year showed up to surprise Truman!  It was an emotional homecoming and the audience was in tears.

Calvin Young, took the mic and told the kids that this man and his family are living examples of what being “more than conquerors” mean.

Thank you for your service, Troy! 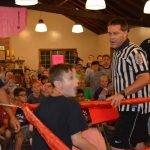 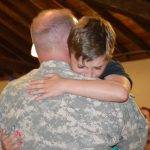 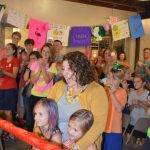 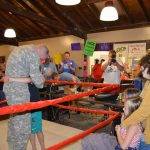 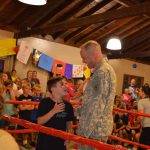 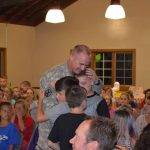 One thought on “A Surprise Guest at the Pillow Fight!”