Thanks to the coordination efforts of Royal Blue Team Captains, Jay and Julie Buck, the campers were thoroughly entertained by the Staff Skit Night.  Here is a Recap of skits and photos.

It was a really fun…..and funny……oh, and messy night!  Thanks Jay and Julie for coordinating all the skits! 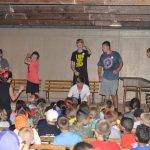 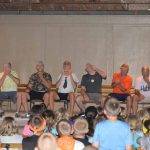 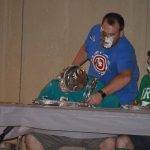 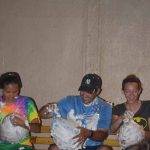 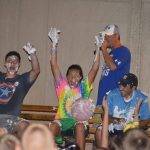 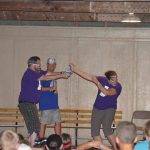 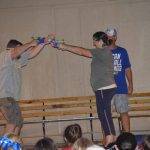 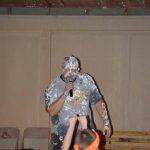 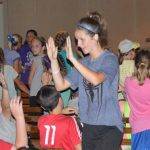 One thought on “Staff Skit Night leaving the camp laughing!”