This evening, volleyball coordinators David and Sonja McPherson hosted the Team Captains Mystery Event in the amphitheater. Selected by a random drawing, each of the sets of team captains had to come before the campers and staff to perform one of three “Minute to Win It” events. In Round 1, captains Jon & Sonya McCauley, Danny & Carrie Elkins, Steve & Shelly Elkins, and Fried and Jennifer Rademacher each played “Whistle, Pop & Go” where the male team captain ate a cracker, whistled a tune, and once the female captain correctly identified the tune, she had to sit on a balloon to pop it, then the couple had to place an orange between their mouths and carry the orange, without the use of their hands, across the front of the amphiteater and across the finish line. Phil & Jill Martin, Jason & Amy Dukes, and Aric & Corri Russell played “Frisbee Fun” during which standing behind two lines, the couple had one minute and 15 seconds to see how many times each could throw the frisbee to the other and catch it. Kevin & Sara Rhoton, Dustin & Chelsea Russell, and Chris & Lindsey Stevenson all played “Move Your Cans,” where each set of captains was given a piece of raw spaghetti and three empty soda cans sitting on a stool. Once the whistle was blown they were to put the spaghetti in their mouths, run the spaghetti through the tab of the soda can, and carry all three cans from one stool to the next, all without dropping the cans.

The six top-ranked sets of team captains moved on to Round 2. Kevin & Sara, Danny & Carrie, Jason & Amy, Chris & Lindsey, Aric & Corri, and Fried & Jennifer all competed in the “Water Chug-a-lug” competition in hopes of moving to the final round. Each couple stood atop a picnic table, held hands, and once the timer began, the male had to chug a 20 oz. water bottle and the female captain a 16 oz. watter bottle. After a couple tiebreakers, the finalists were Aric & Corri and Fried & Jennifer.

In the third and final round, the Russells and Rademachers were forced to sing karaoke and the winner would be selected by the audience’s applause. First up were Aric & Corri, who chose to sing their rendition of Journey’s “Don’t Stop Believin’.” Fried & Jennifer chose Survivor’s “Eye of the Tiger.” After much thunderous applause, Fried & Jennifer were crowned the 2013 Team Captains Mystery Event Winners. 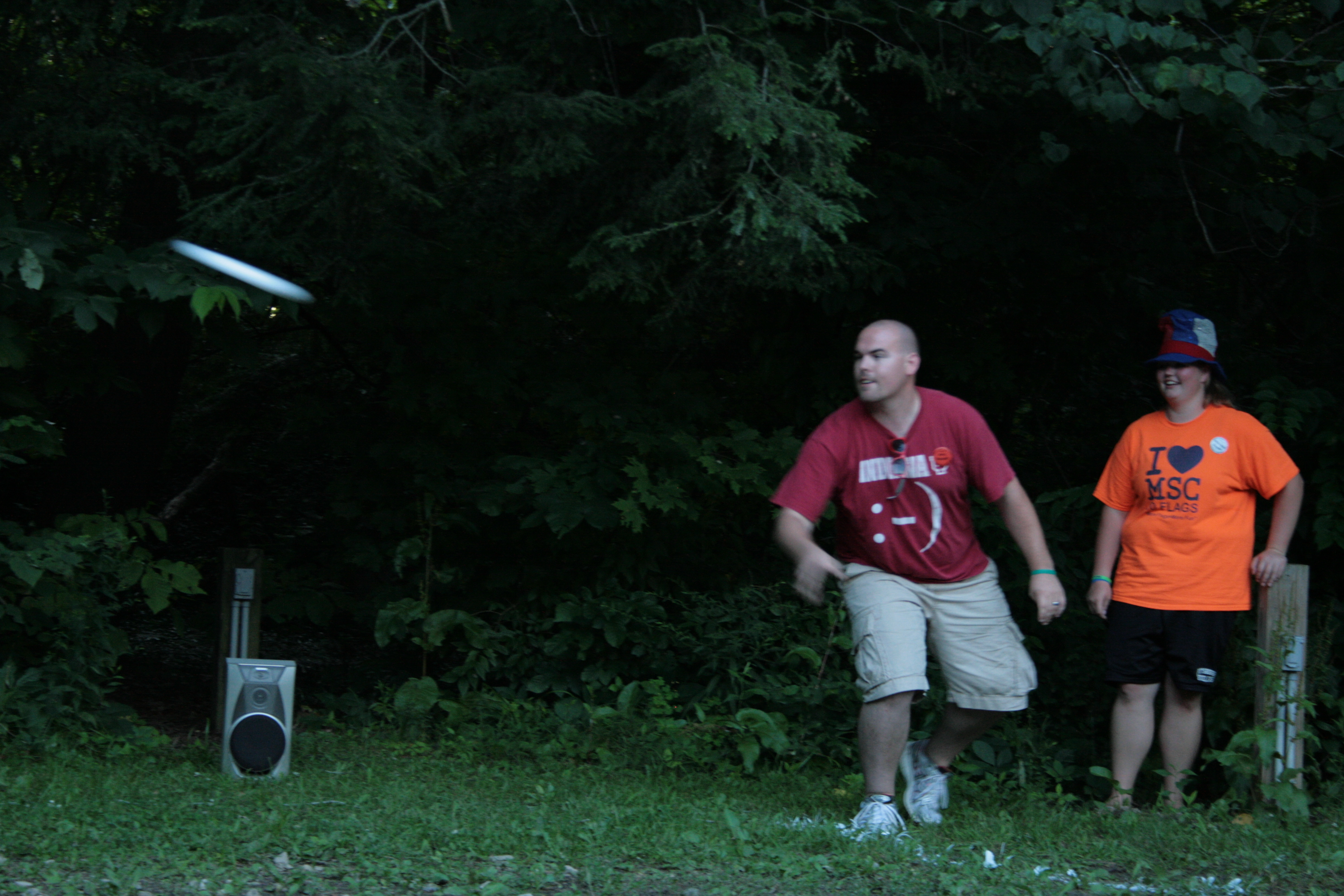 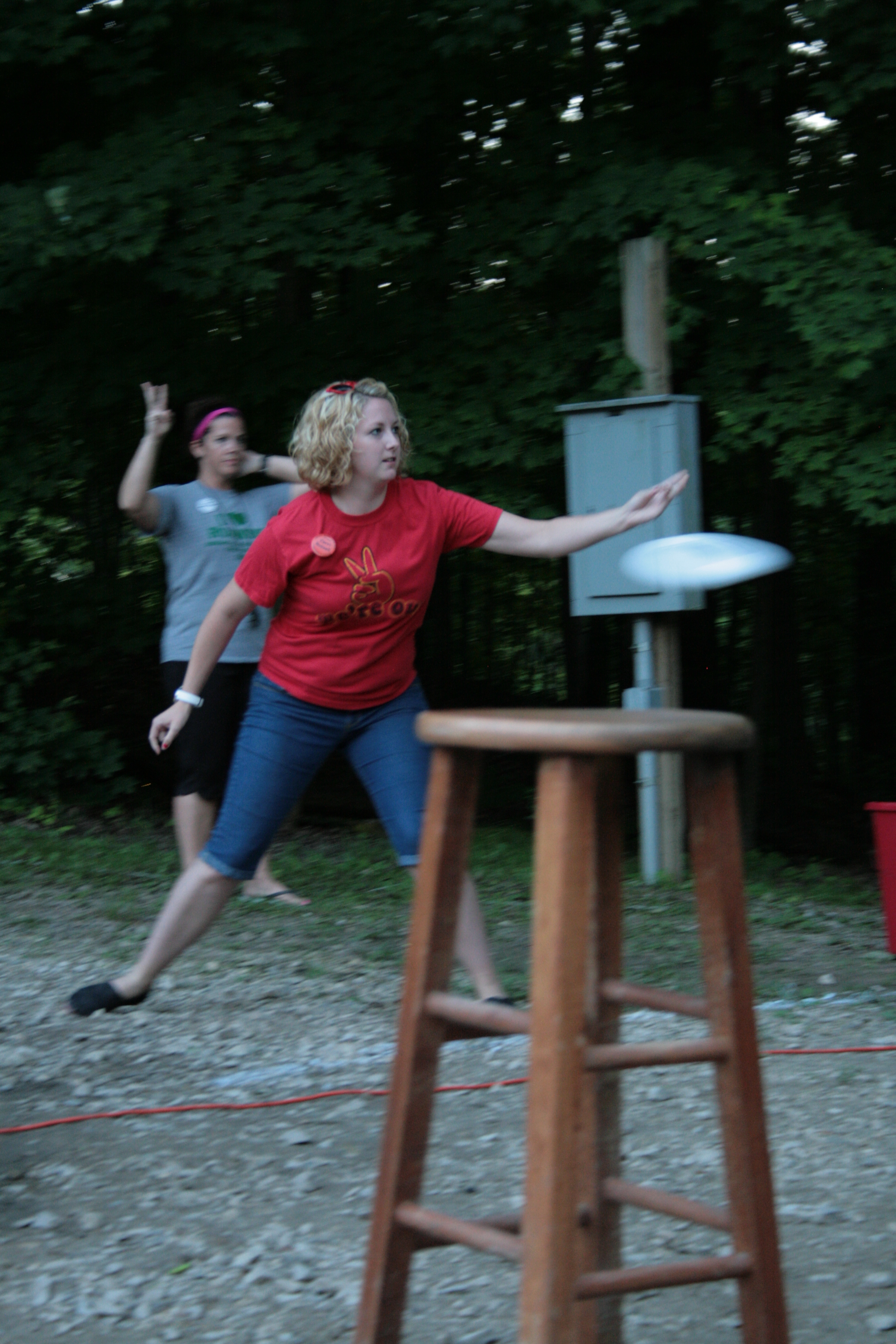 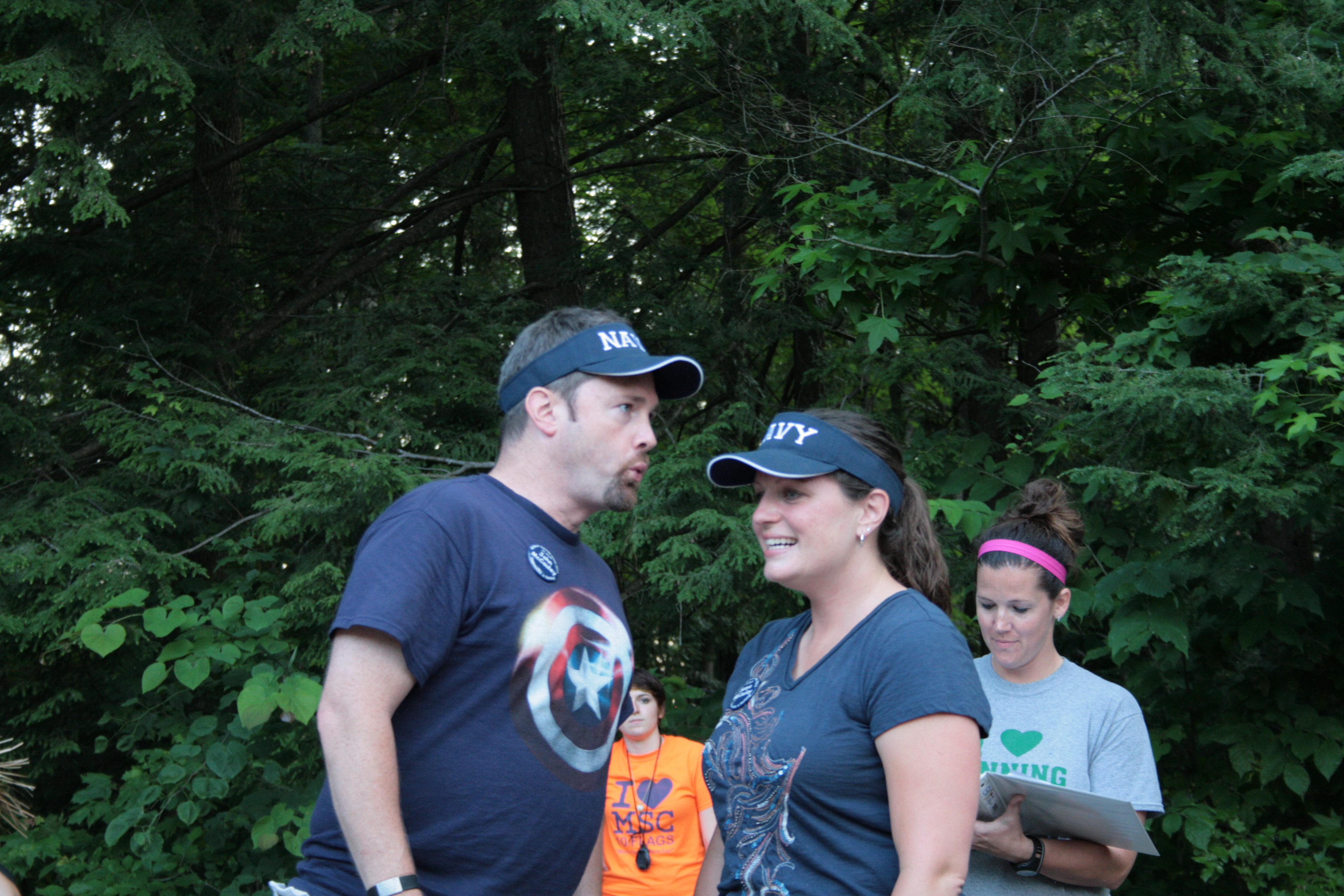 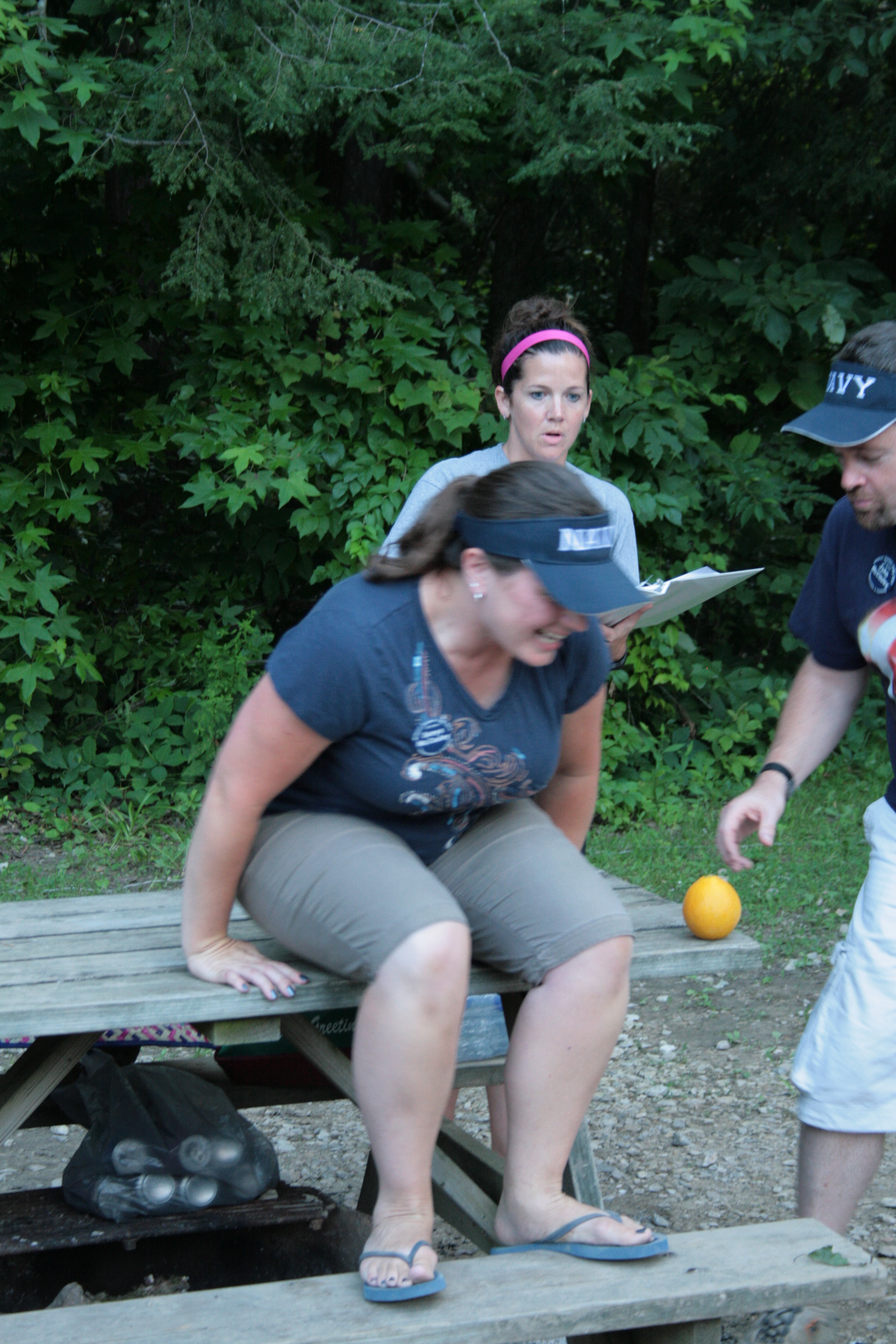 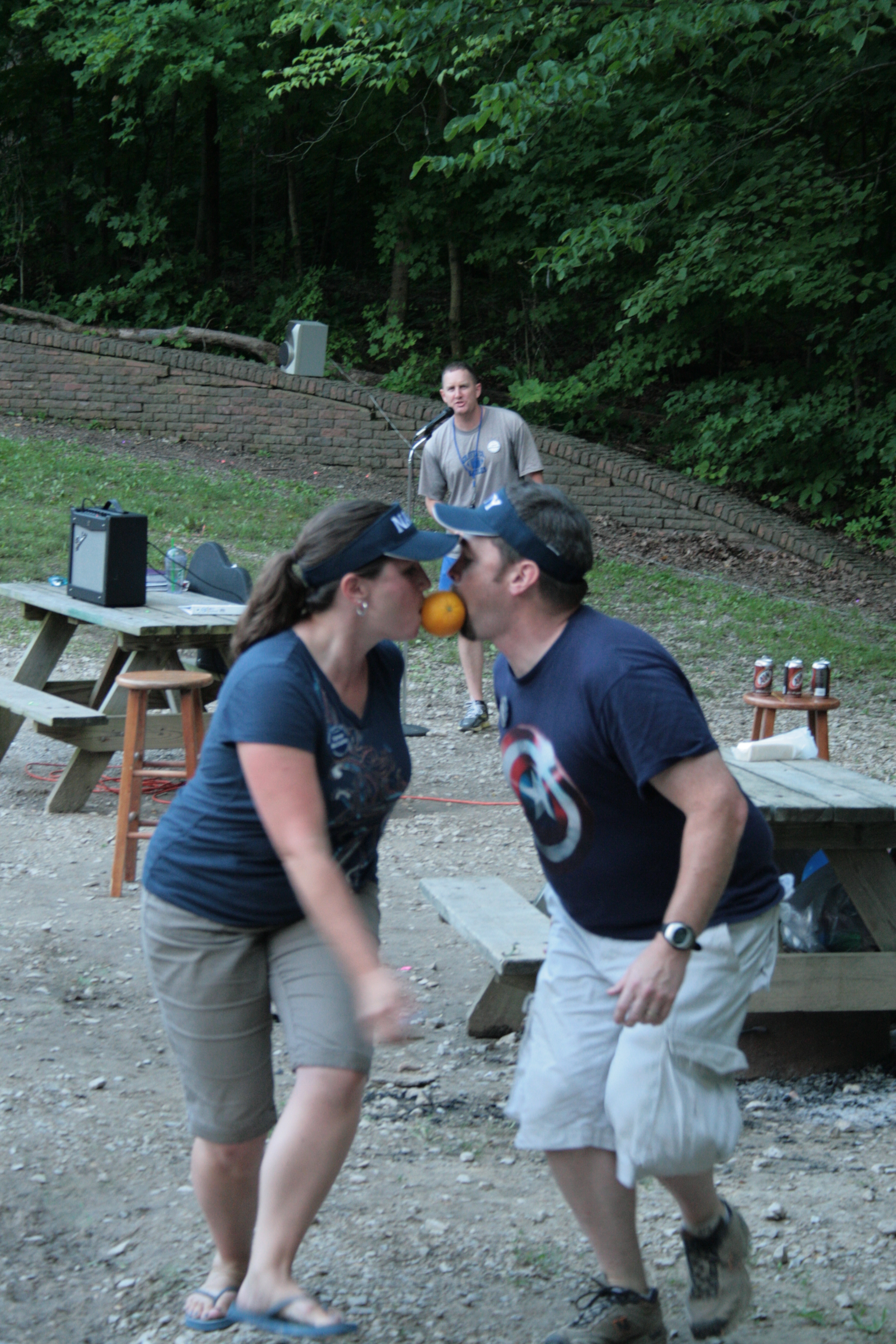 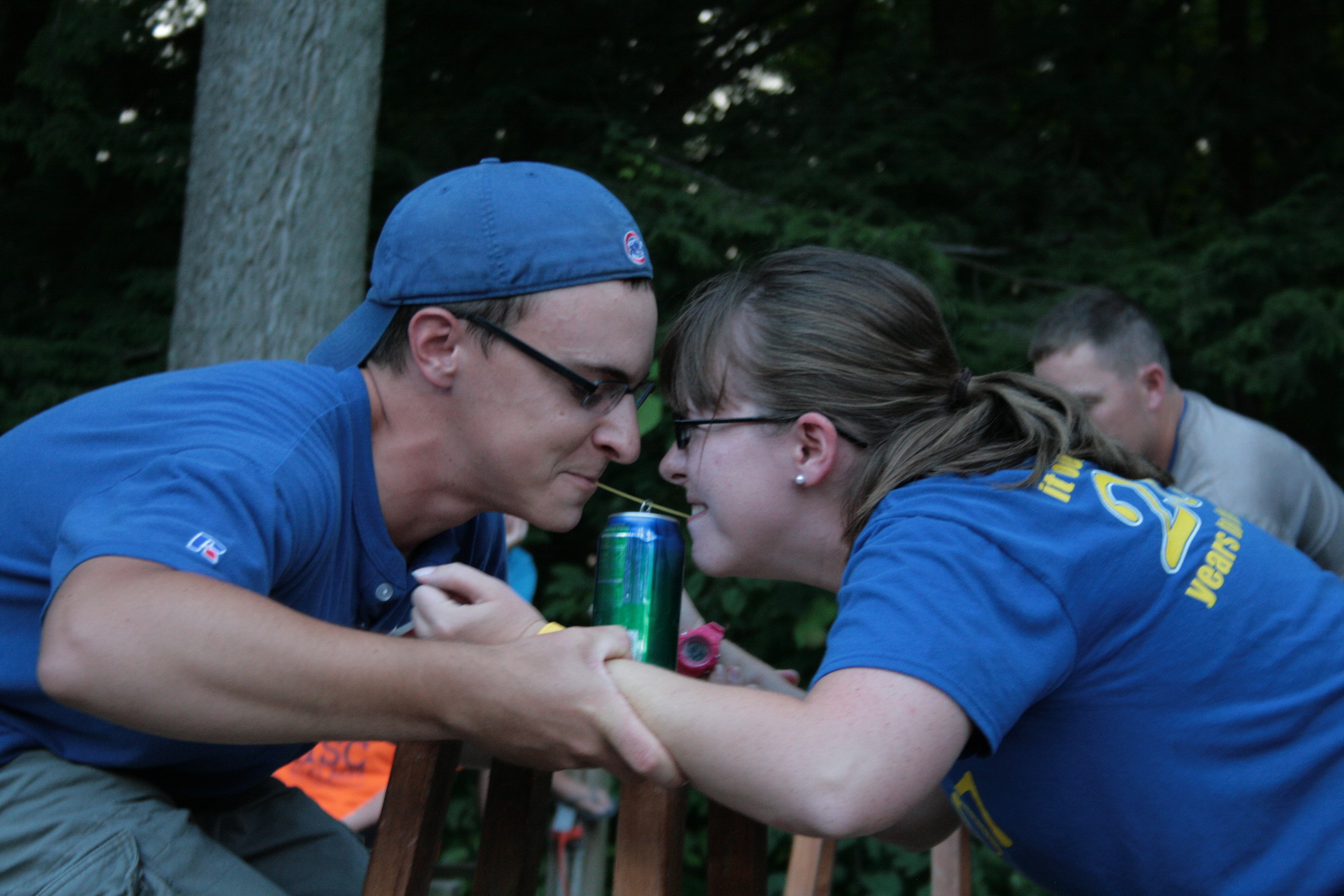 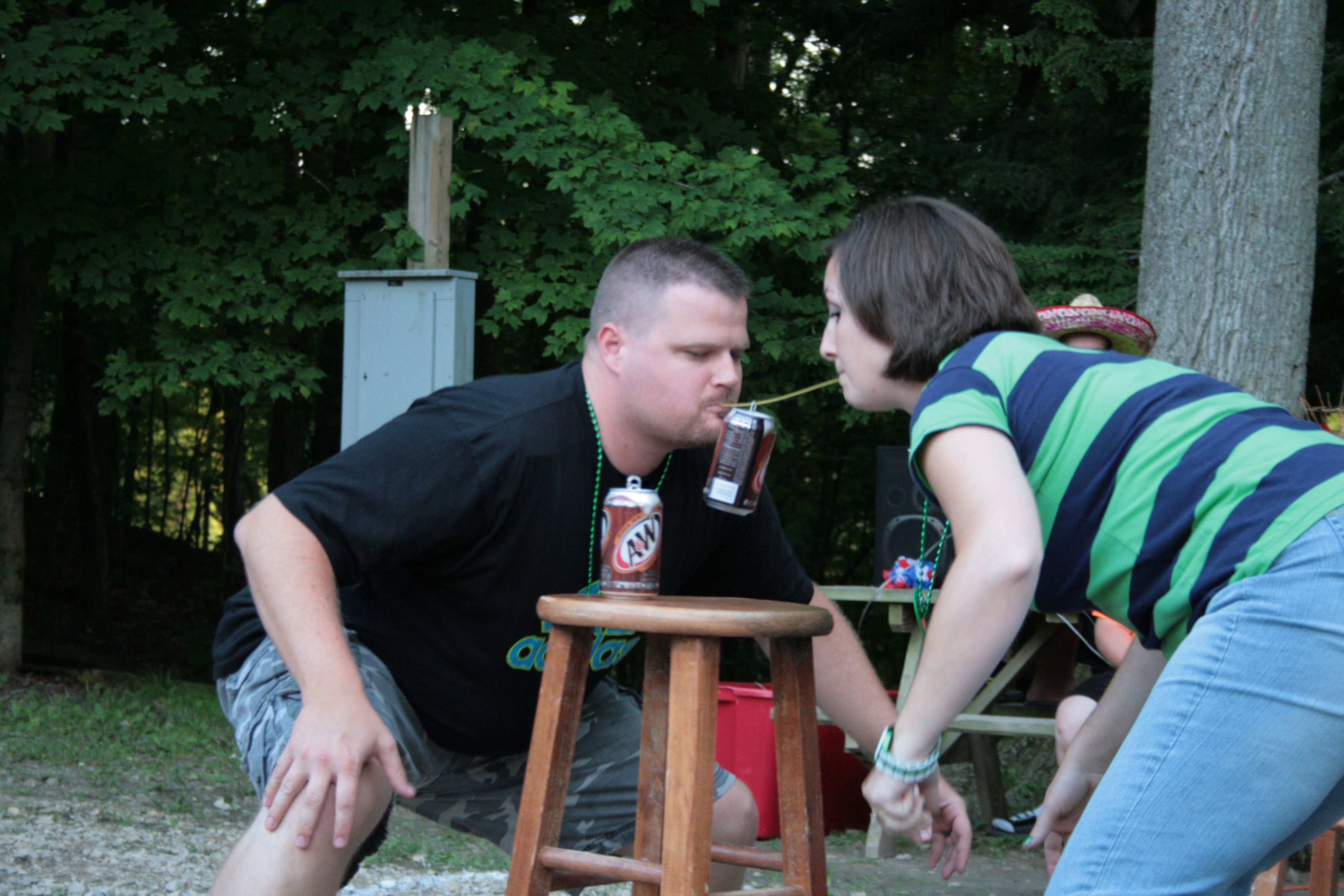 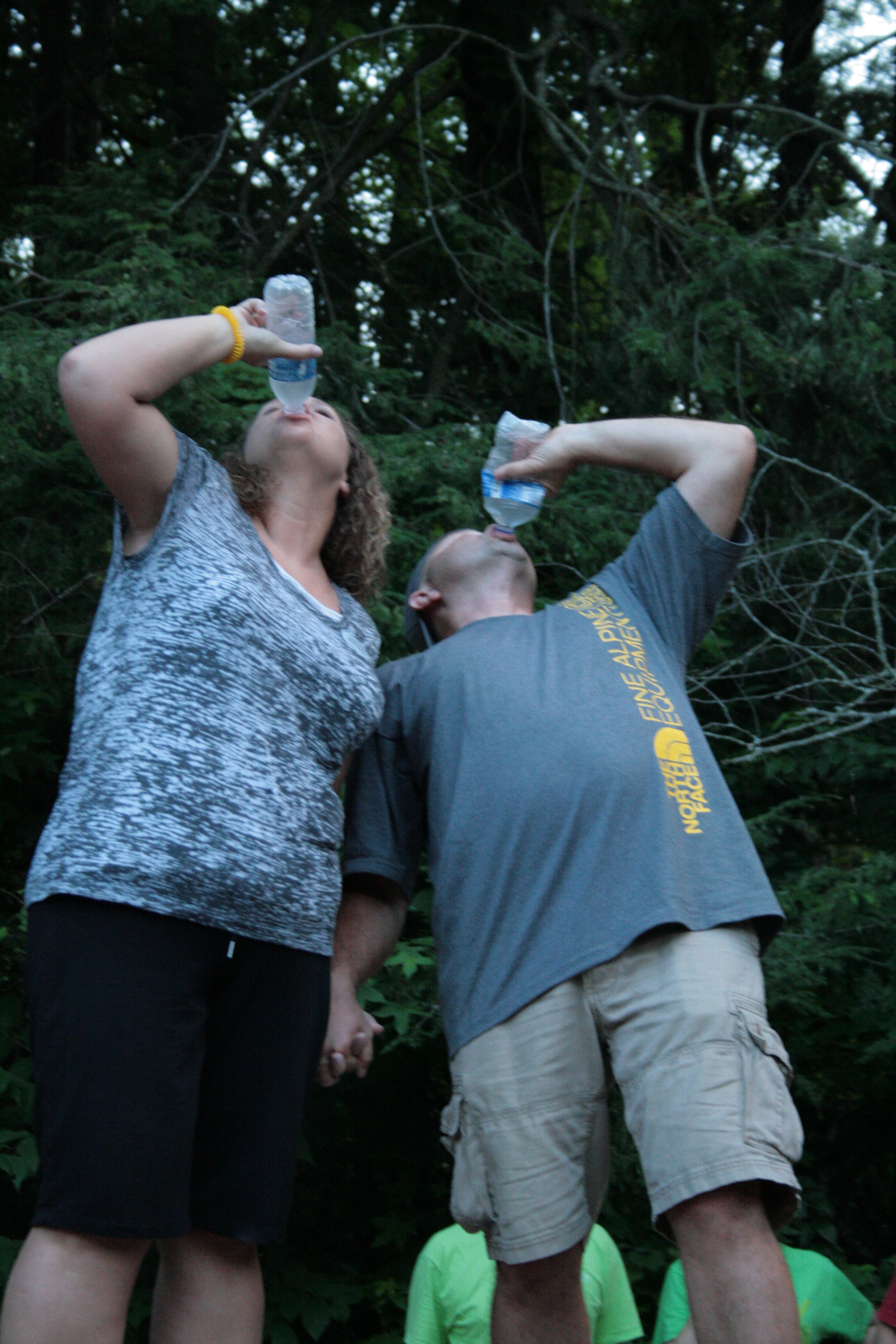 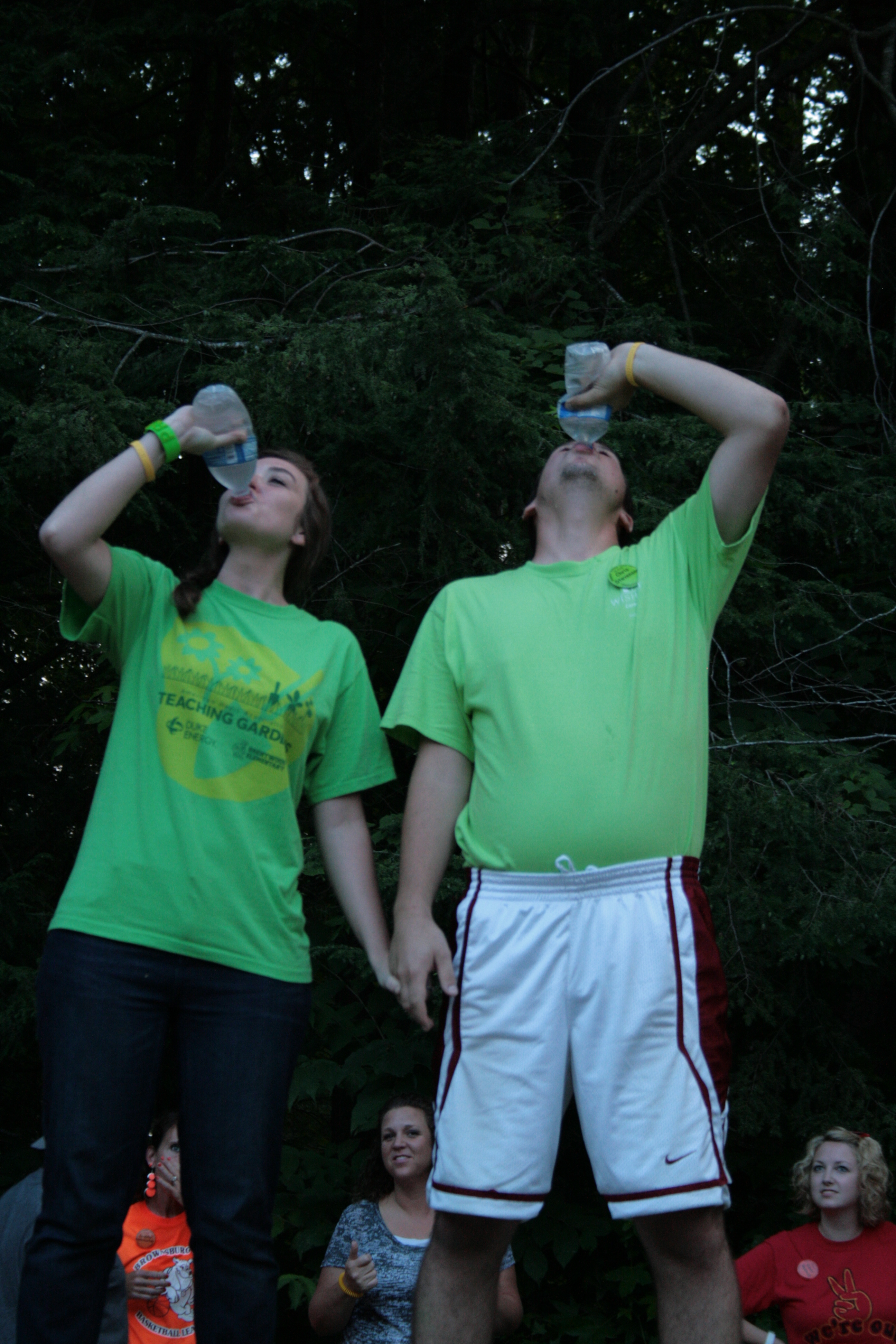 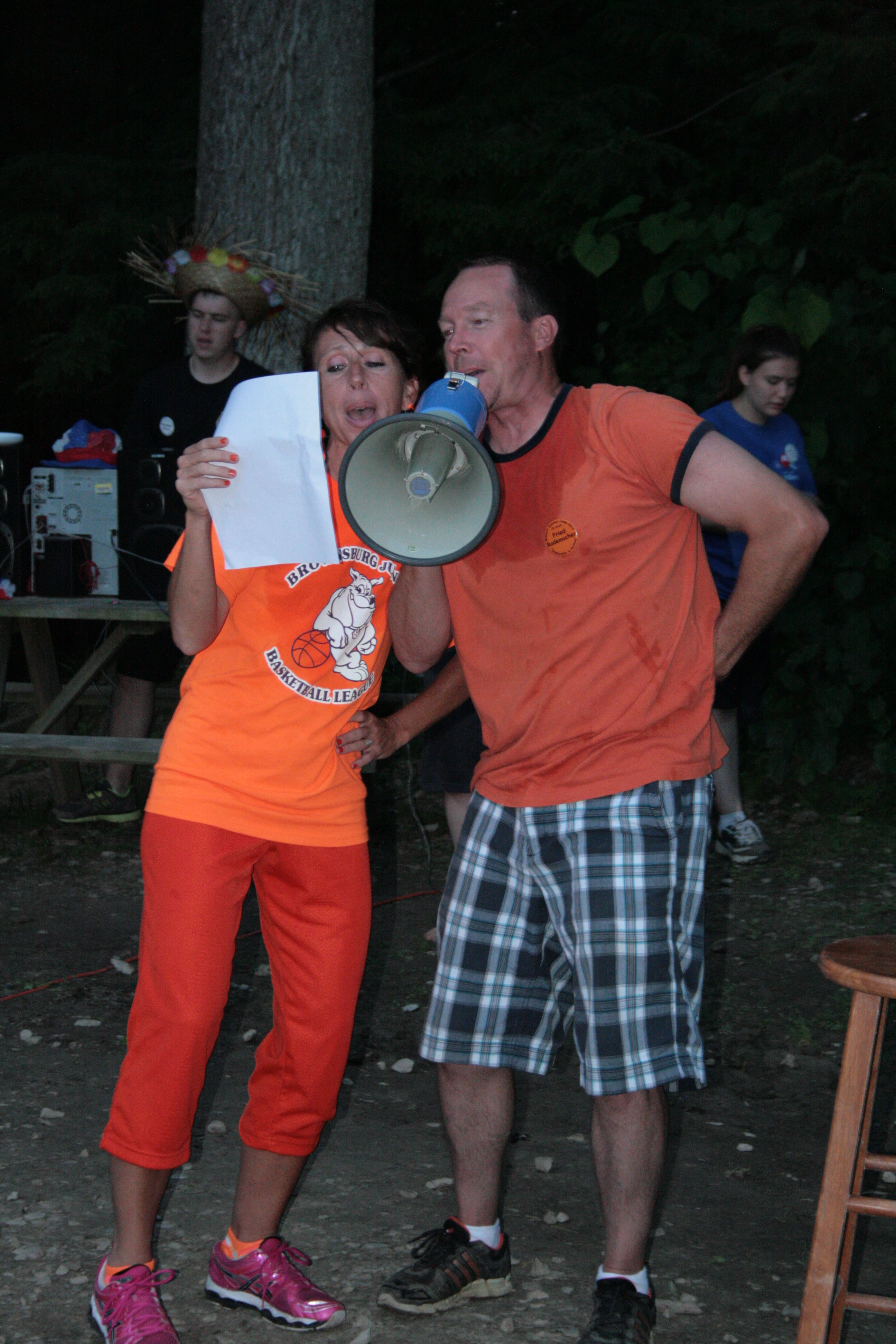