Good morning from MSC Junior Week, 2022! Campers met at the flagpole this morning bright and early for our general assembly and breakfast following. Pancakes, eggs, bacon, and fruit awaited hungry campers in the Mess Hall. Our kitchen staff has done an amazing job already with providing delicious meals, and we send them all the love for that!

After a 15-minute cabin-cleanup, campers headed out to their sports and crafts for the day! The Hunter and Purple teams started at basketball, Hot Pink vs. Gold at volleyball, Light Blue vs. Red at kickball, Royal Blue vs. Green at soccer, and the Orange and Navy teams began their day in the amazing craft hall. All teams rotated through sports throughout the morning. We saw amazing effort and sportsmanship from all teams and we can’t wait to see what the rest of the week has for these teams! 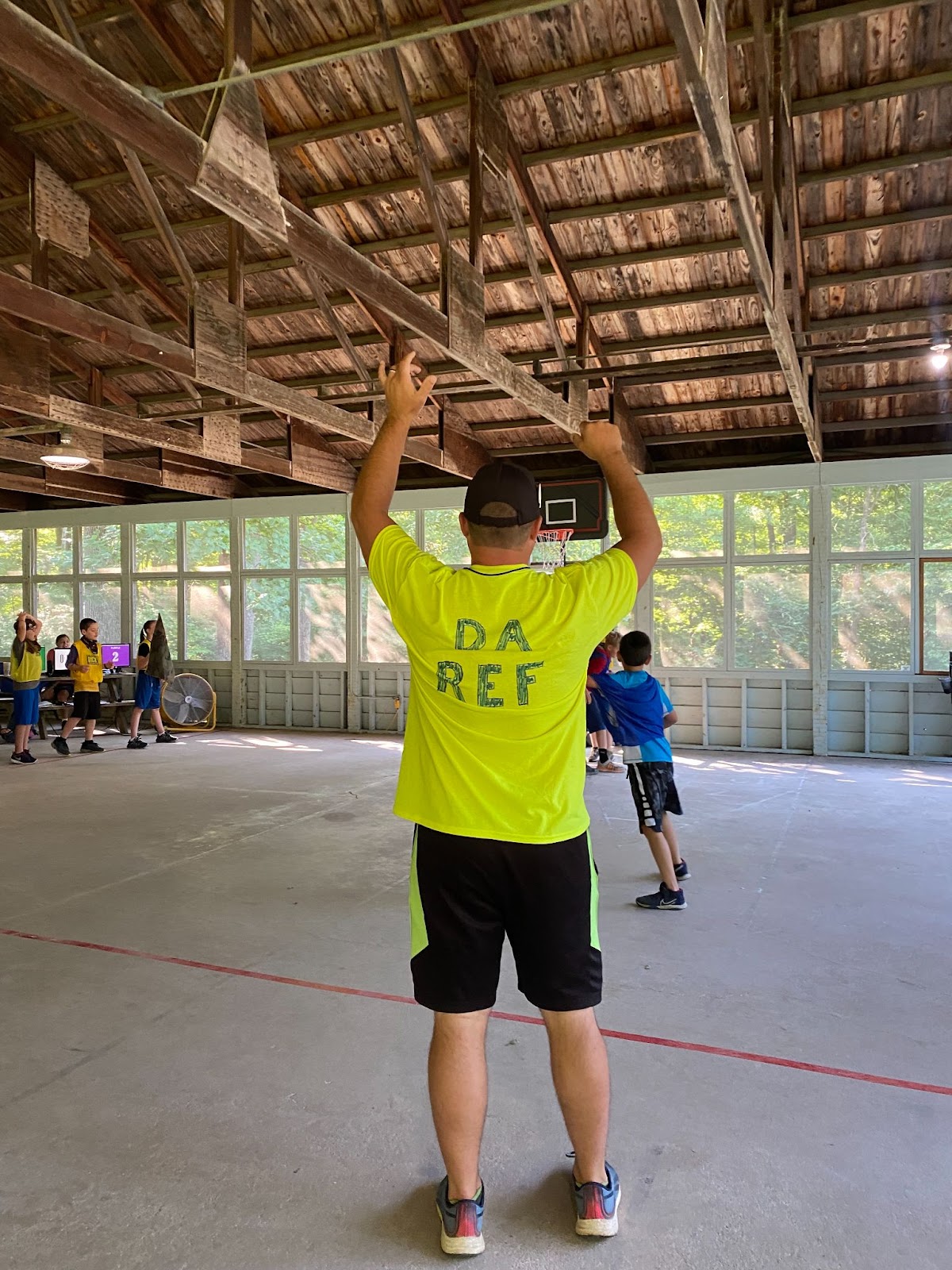 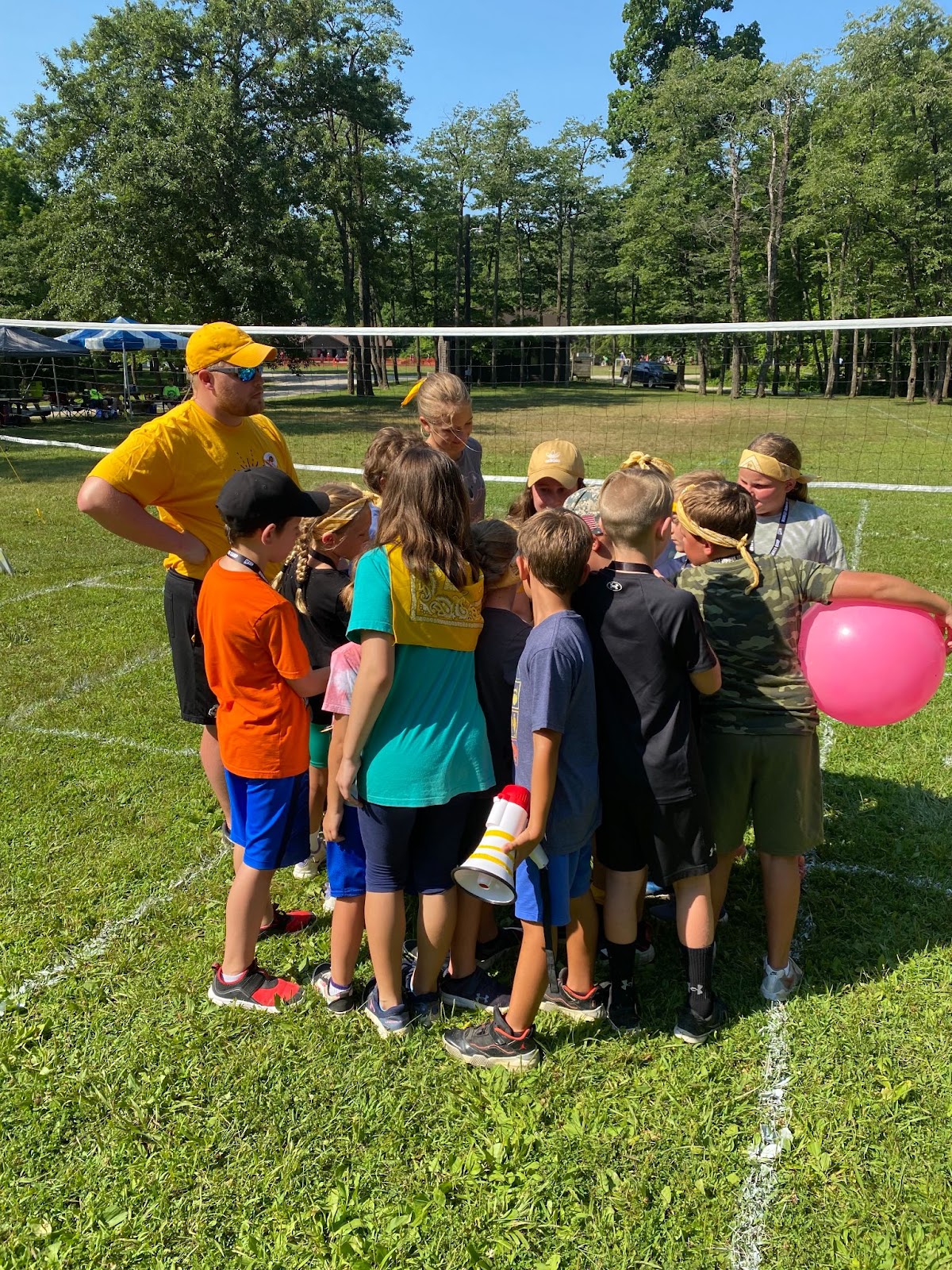 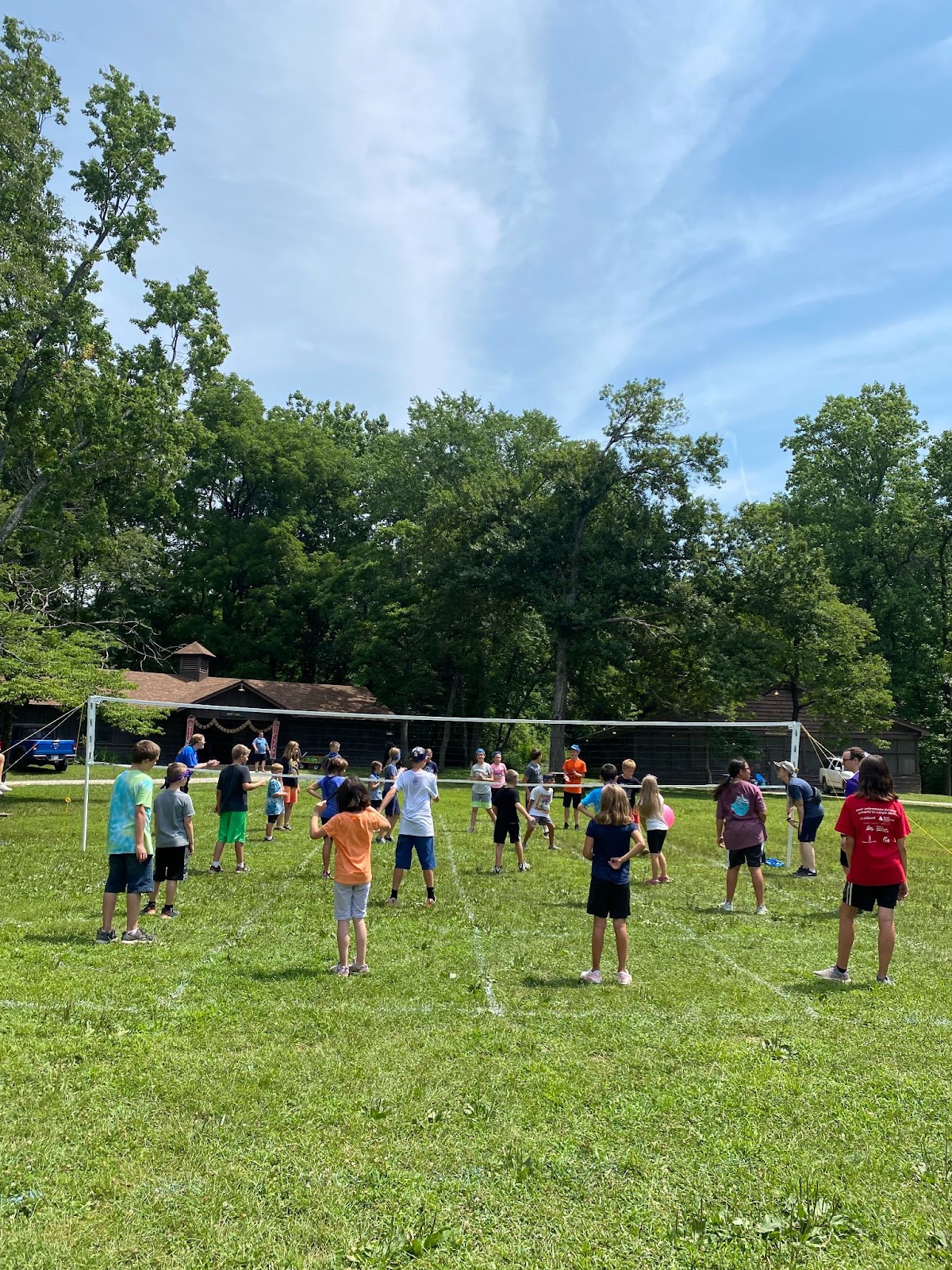 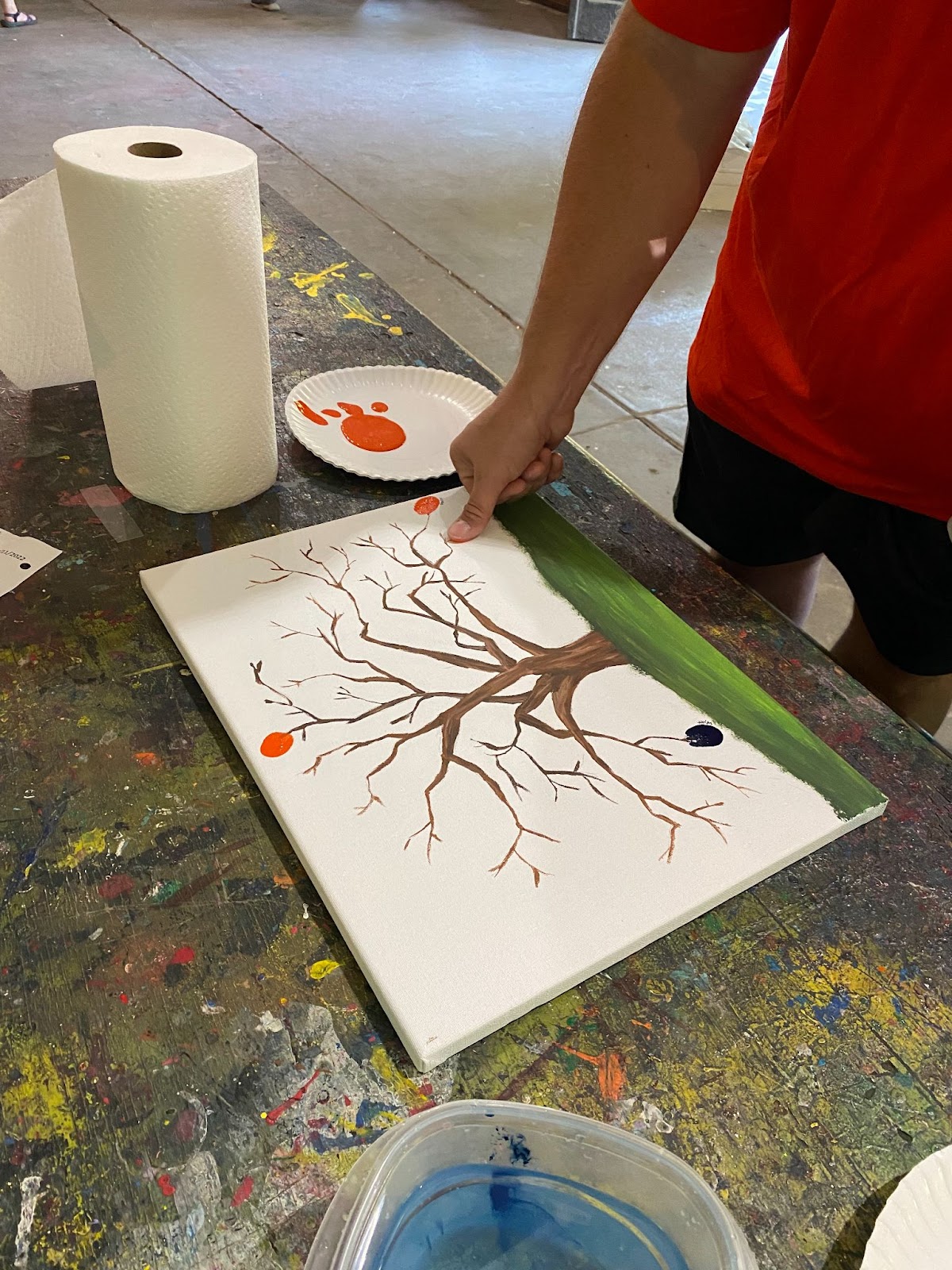 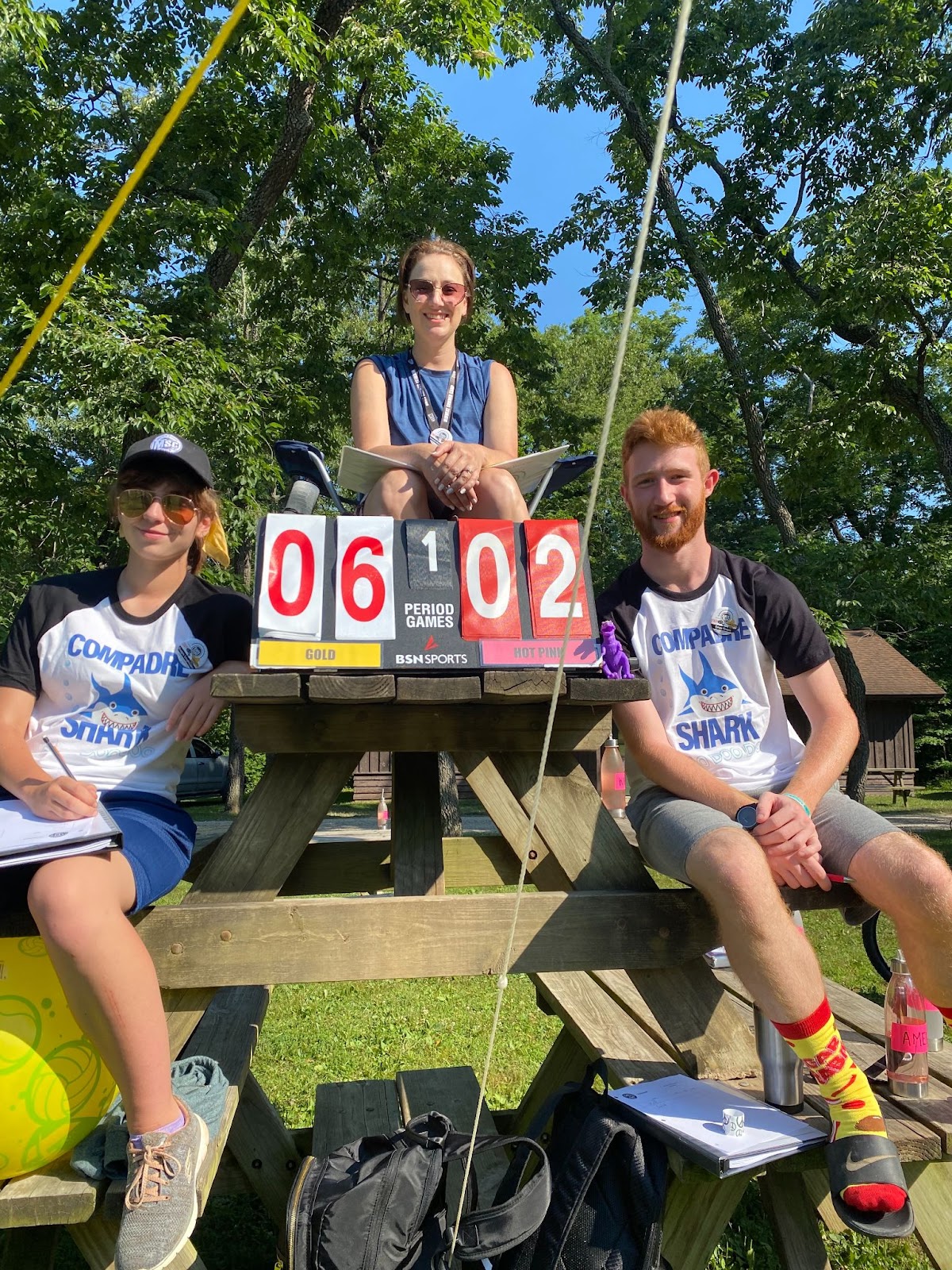 Campers were met with another delicious meal from the kitchen staff for lunch… hotdogs, applesauce, chips, baked beans, and a very colorful salad bar. Paper plate awards were handed out at lunch from our Compadres who are continuing to recognize outstanding behavior throughout the week.

From lunch, Group 1 campers headed to the Rec Hall for the spelling bee and math flashcards while Group 2 went to the Mess Hall for indoor games! After an hour, Groups 1 and 2 traded places to give one group a brain break while the other pushed themselves academically for their teams! 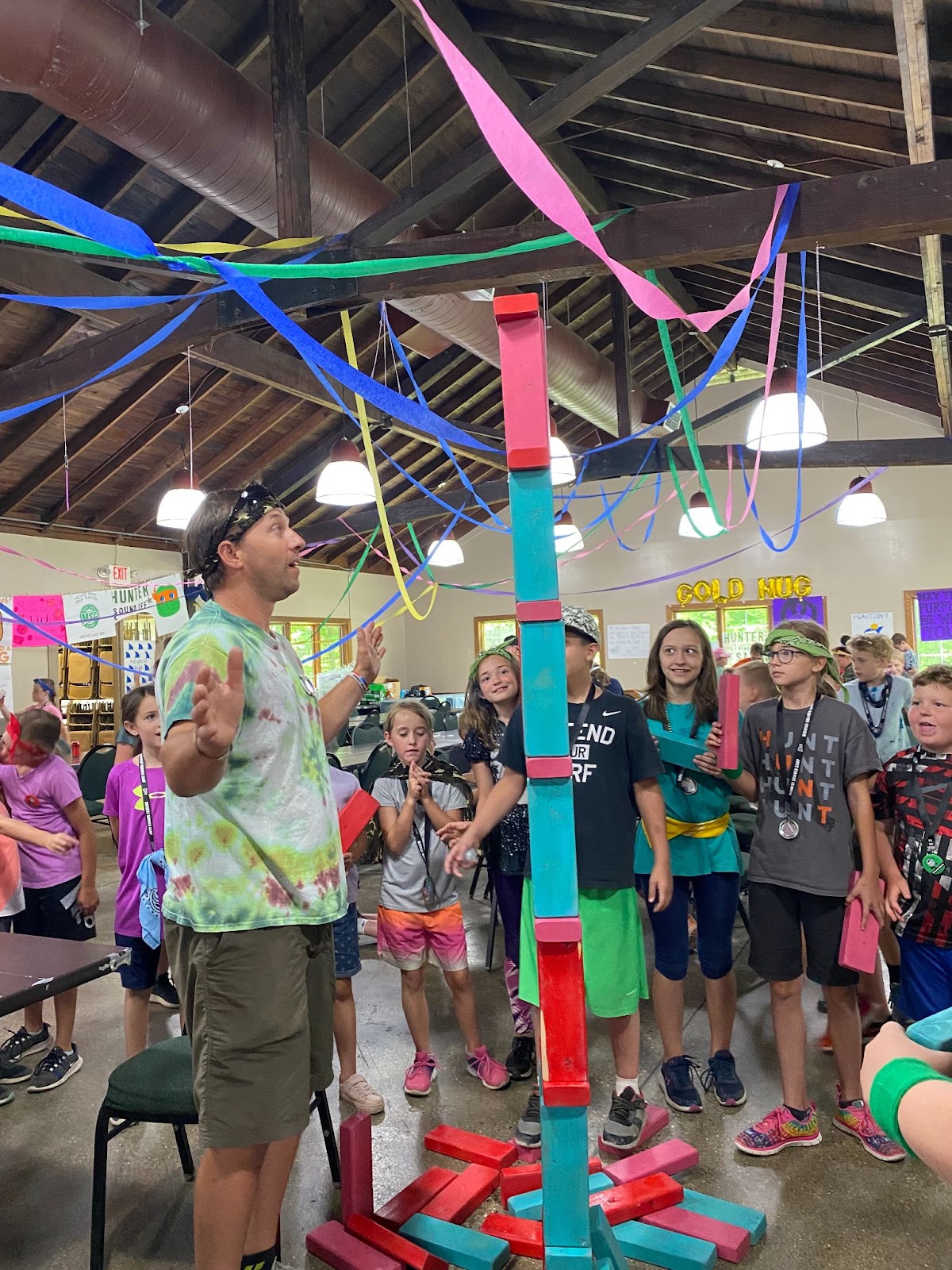 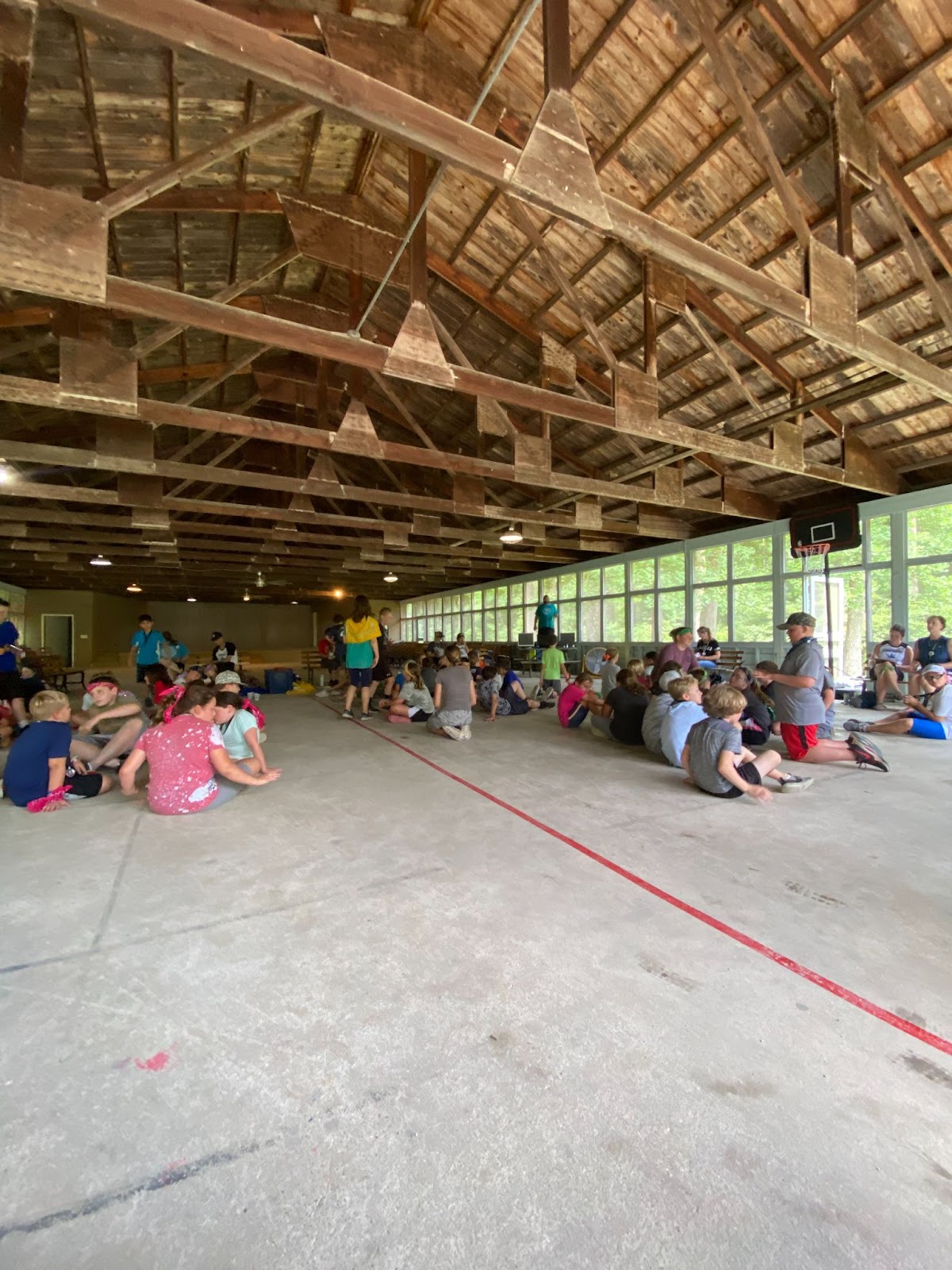 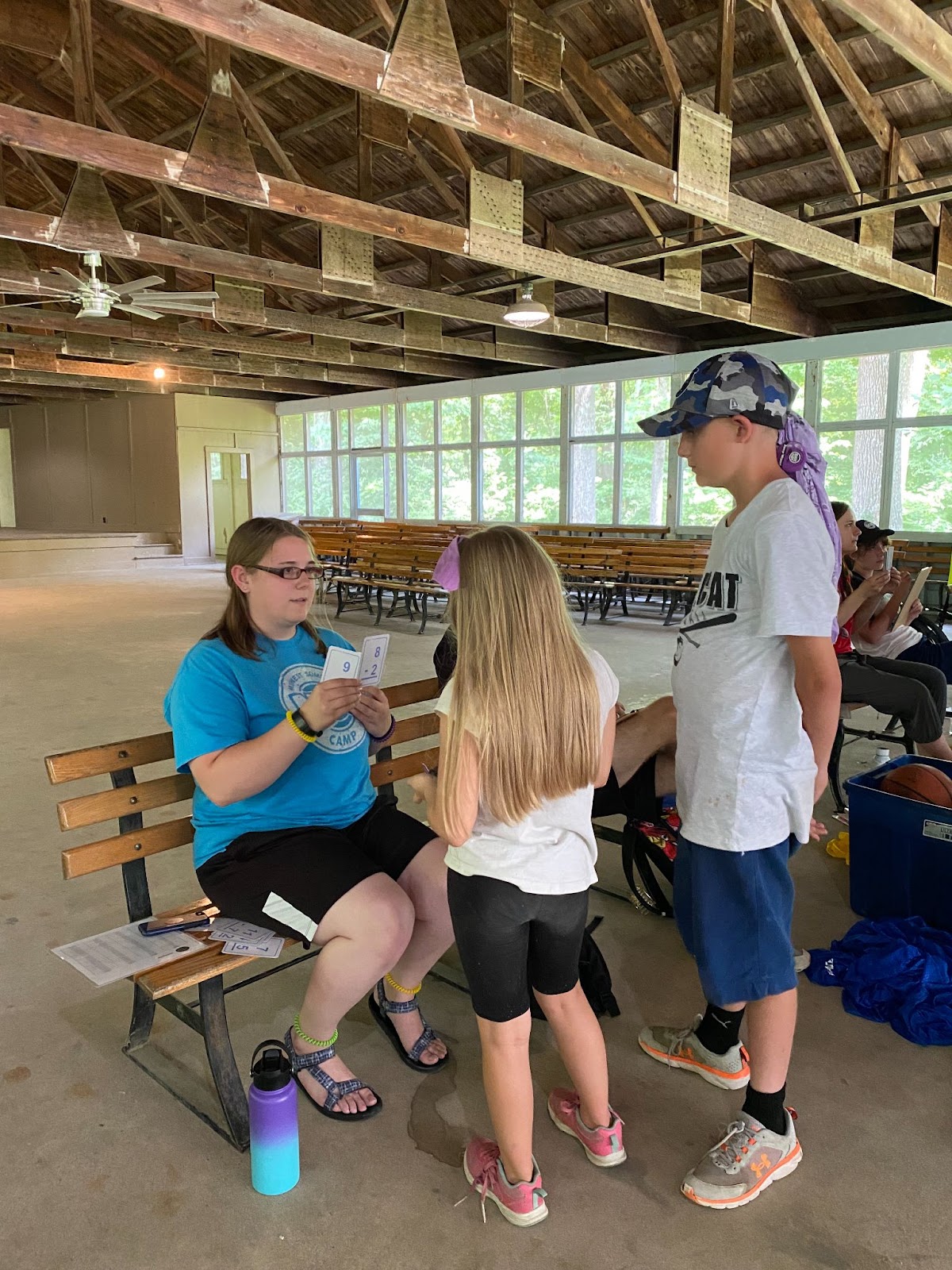 After Bible studies from Ryan Walker for the boys, and Gretchen Carlson for the girls, campers went back out to the sports fields for their final sports of the day. The Blue and Gold team competed in basketball, Orange vs. Red in volleyball, Hunter vs. Green in kickball, Hot Pink vs. Navy in soccer, and Purple joined Light Blue for crafts in the craft hall! After rotating through sports for another hour, campers had free time to visit with one another before dinner. 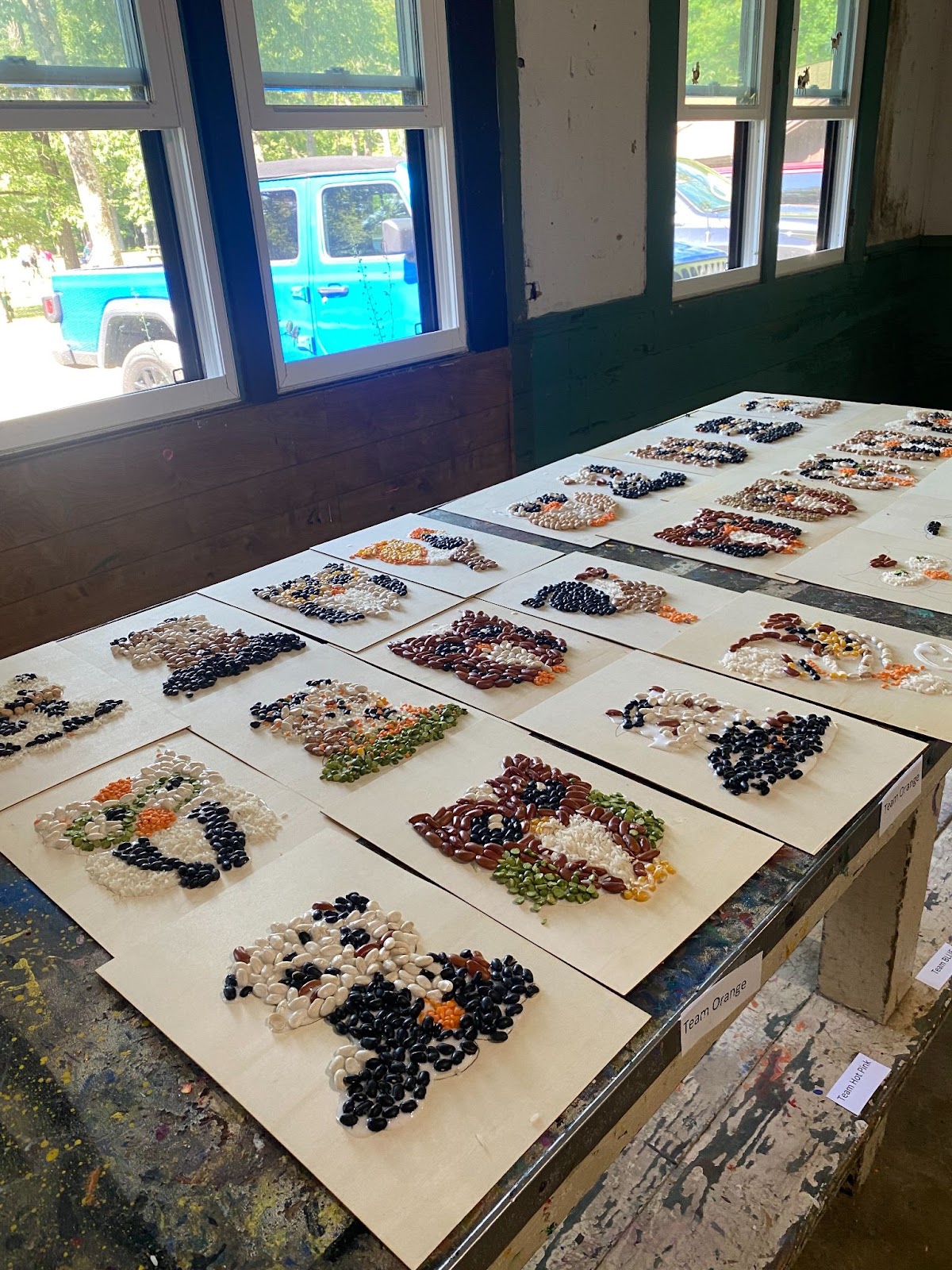 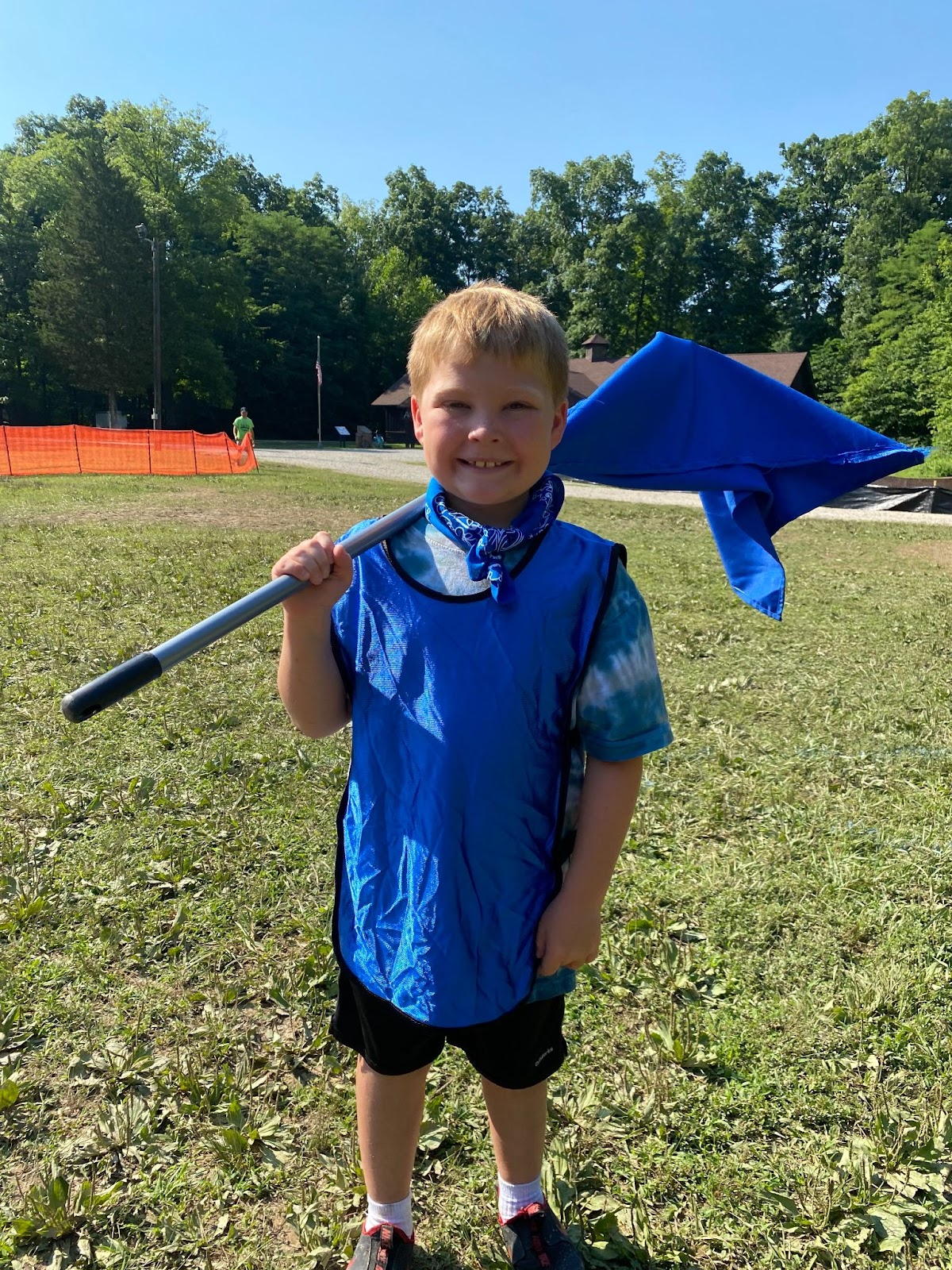 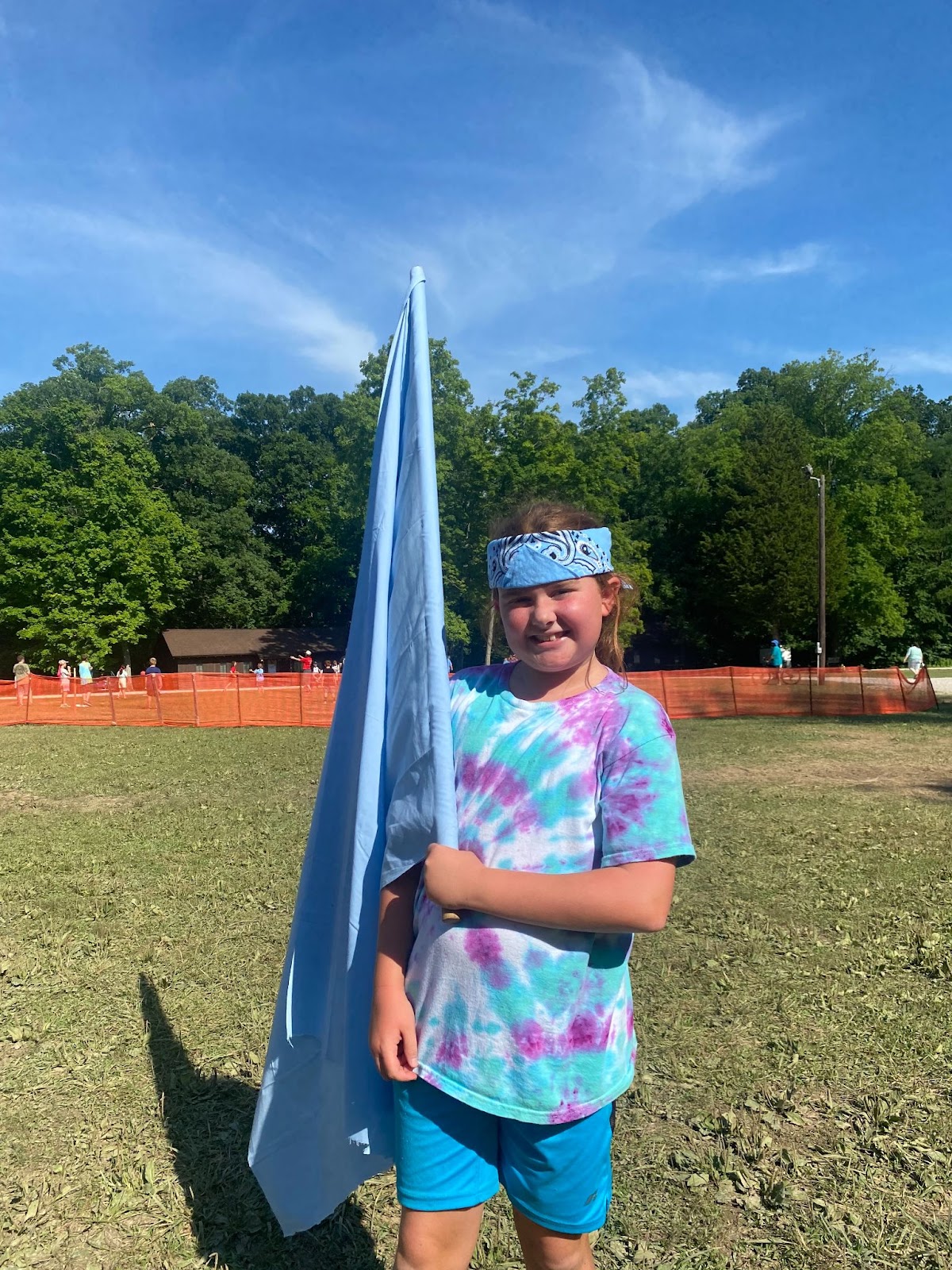 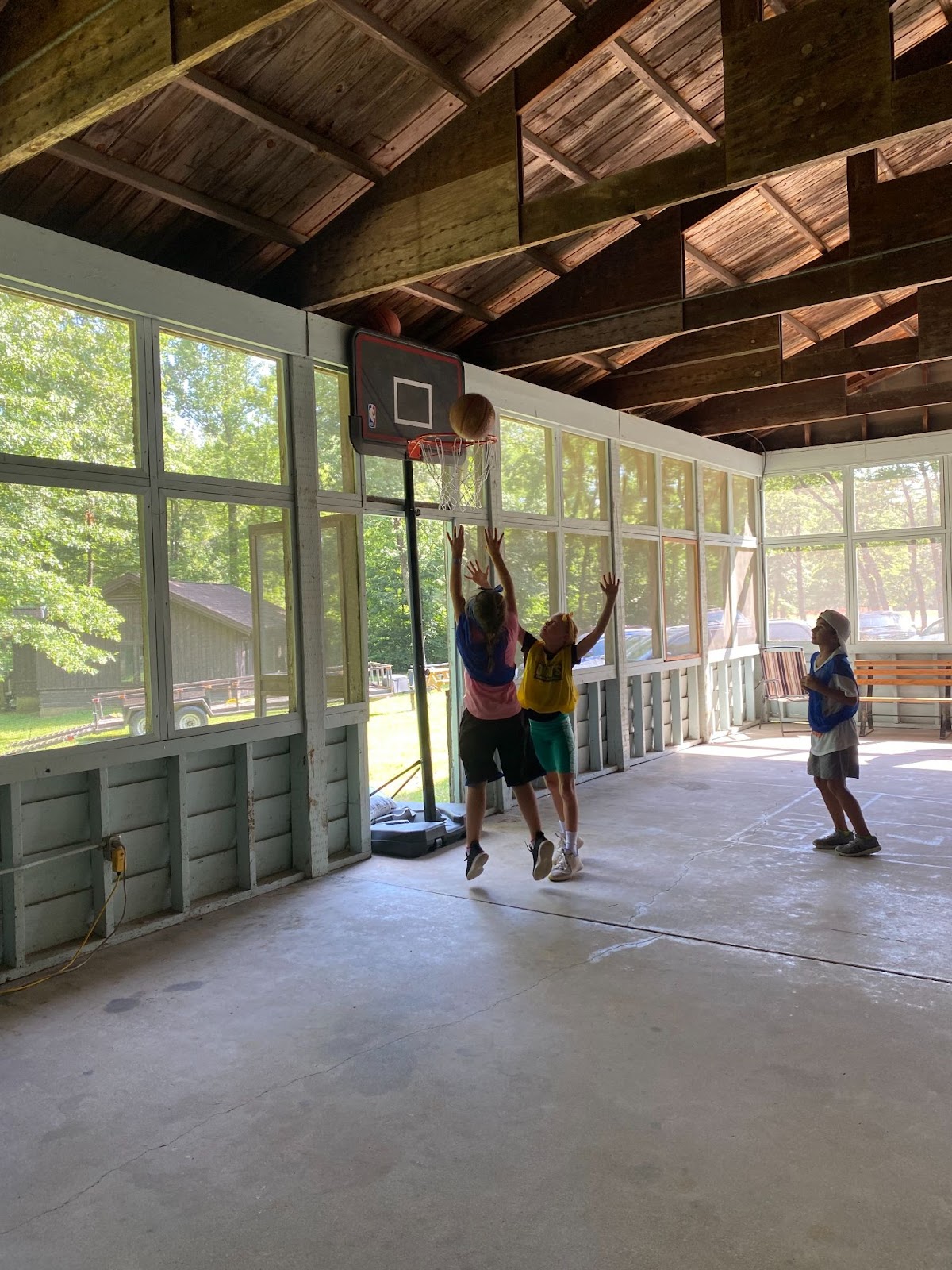 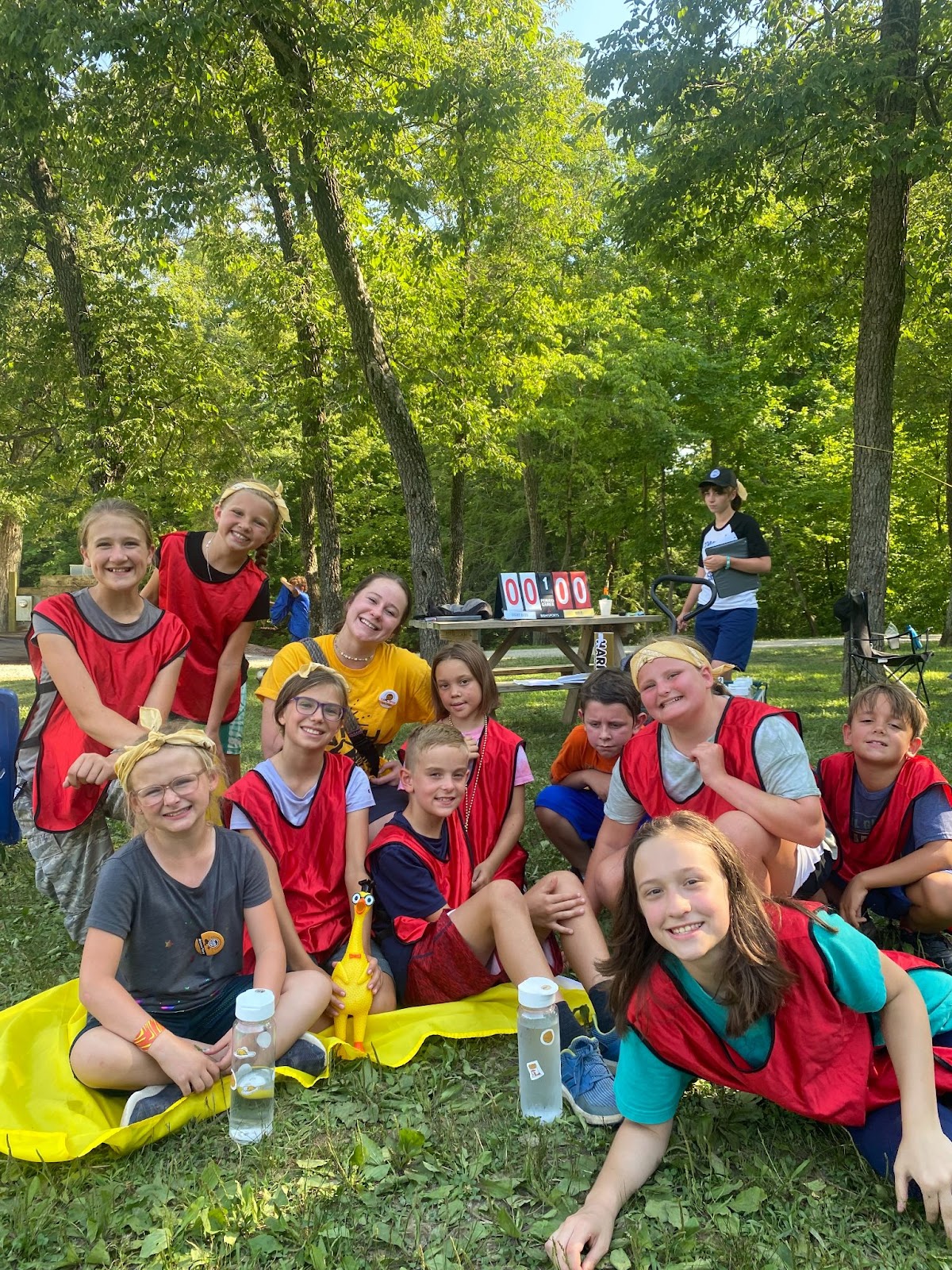 Dinner in the Mess Hall was incredible and filling, nothing apart from the normal with our outstanding kitchen staff. Spaghetti, breadsticks, and salad bar were followed by some Rice Krispies Treats that were truly to die for. More paper plate awards were passed out, along with a joke of the day that earned one lucky camper a Root Beer Float following dinner.

After dinner, Ben and Kaletra Dispennett had a surprise event planned for the campers- a team captain minute-to-win-it challenge! Campers had an awesome time cheering for their team captains and even helping out with some final Bible charades. The Hunter Team (led by Calvin and Carissa Young) ultimately pulled out the victory, facing Kevin and Sara in an egg-throwing competition. The night ended in a huge water gun fight, initiated by our Compadre group. The kids then headed back to their cabins for nightly devotionals and cabin time before a very restful sleep after a busy day. 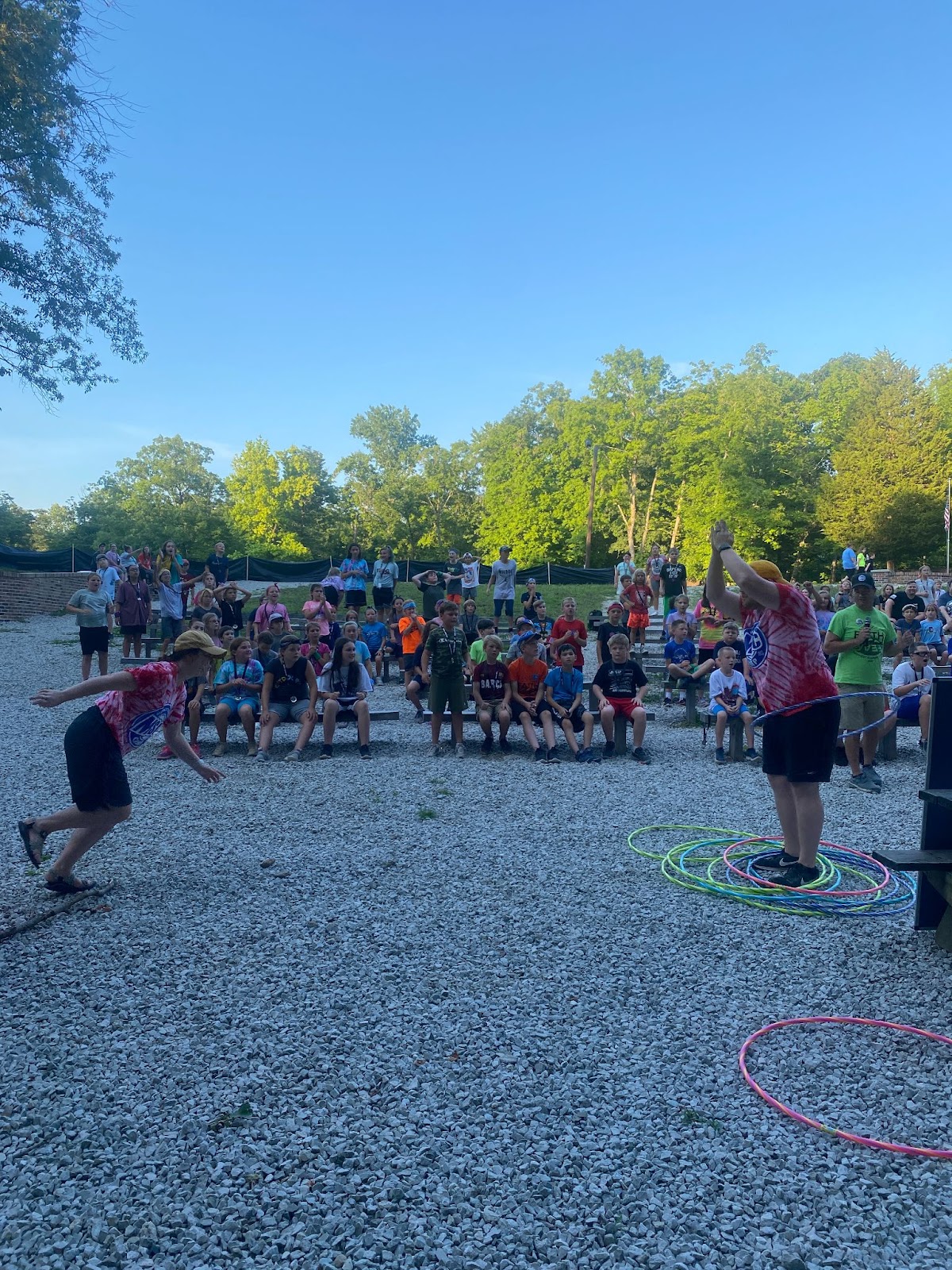 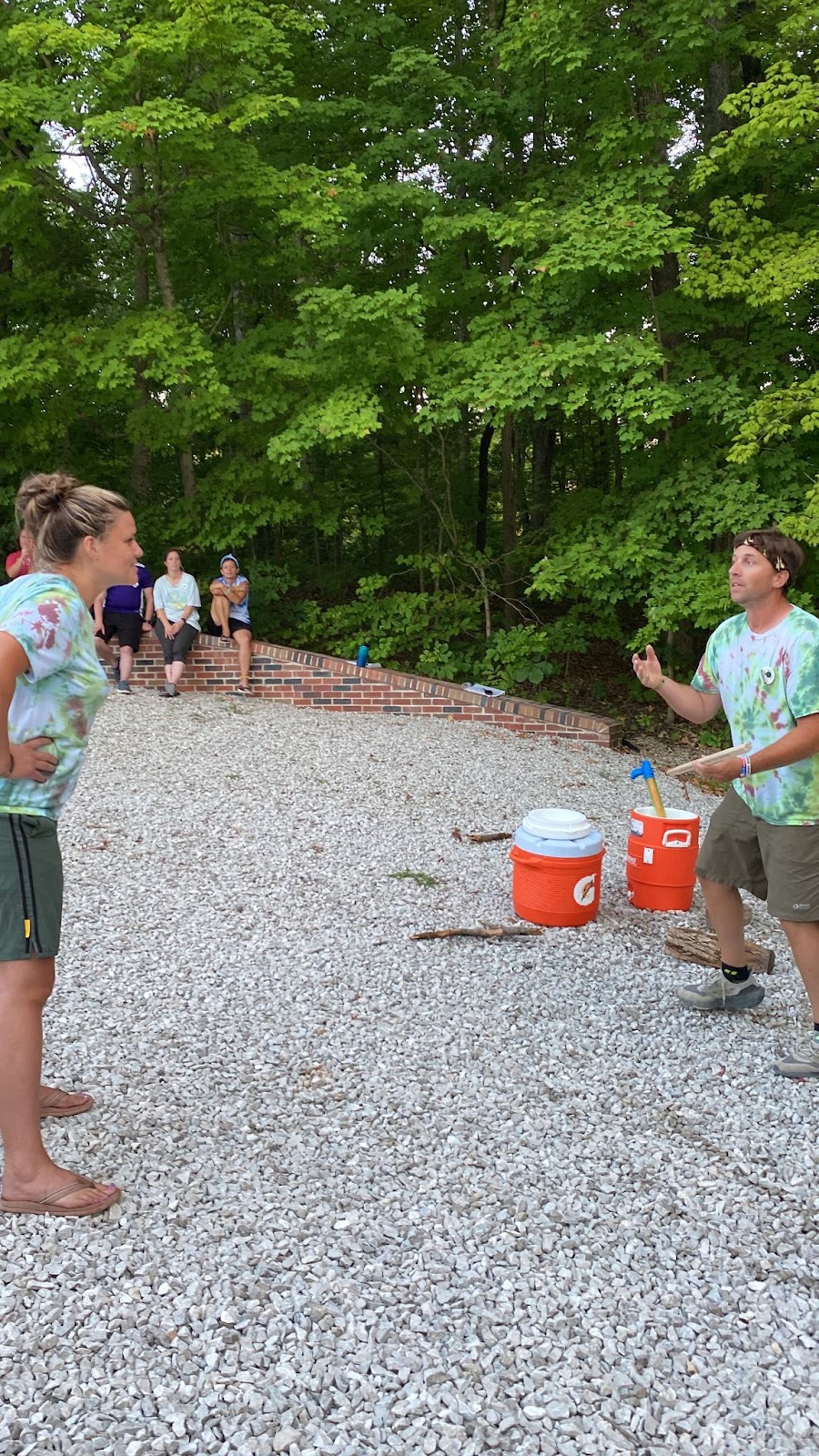 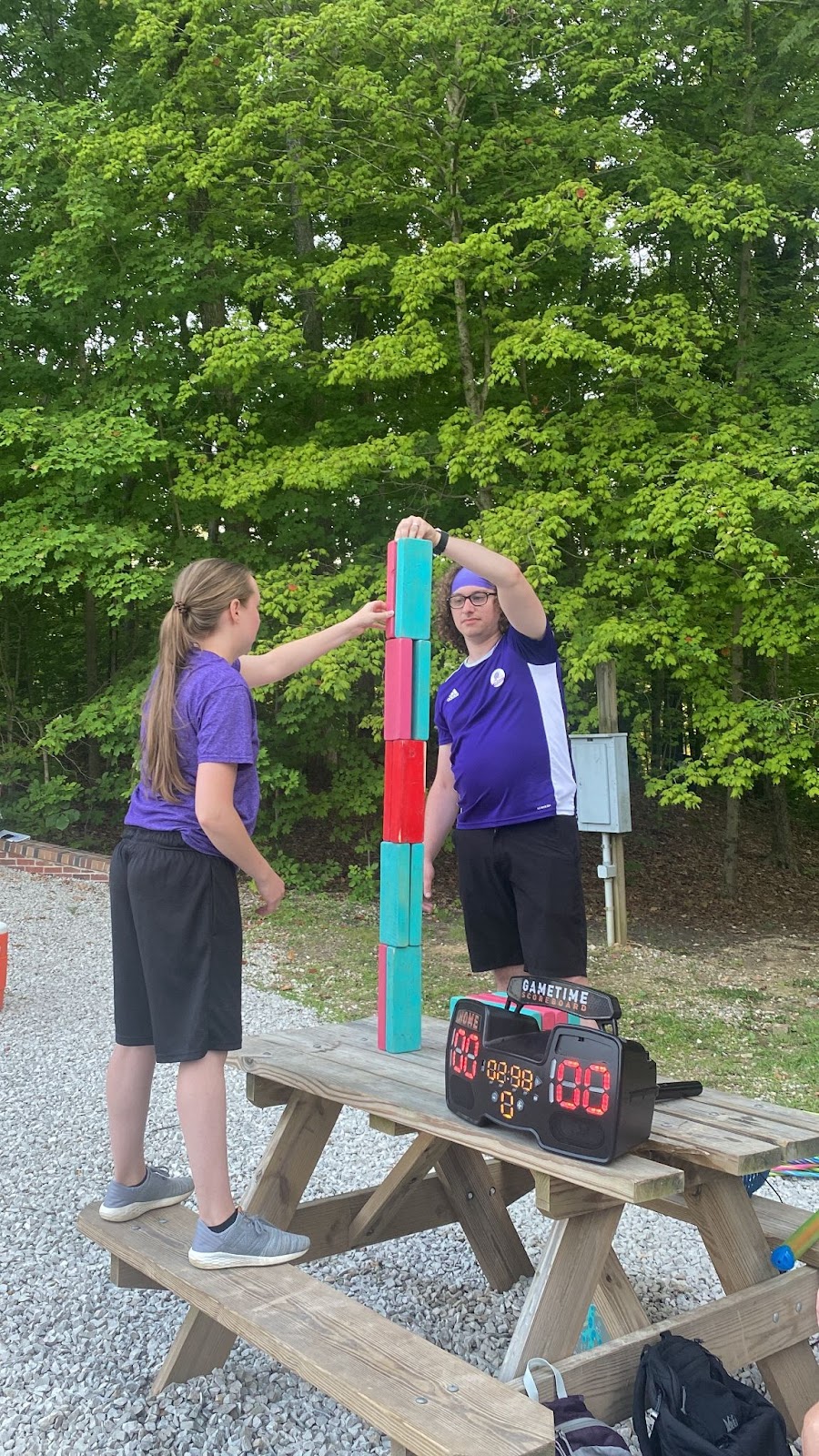 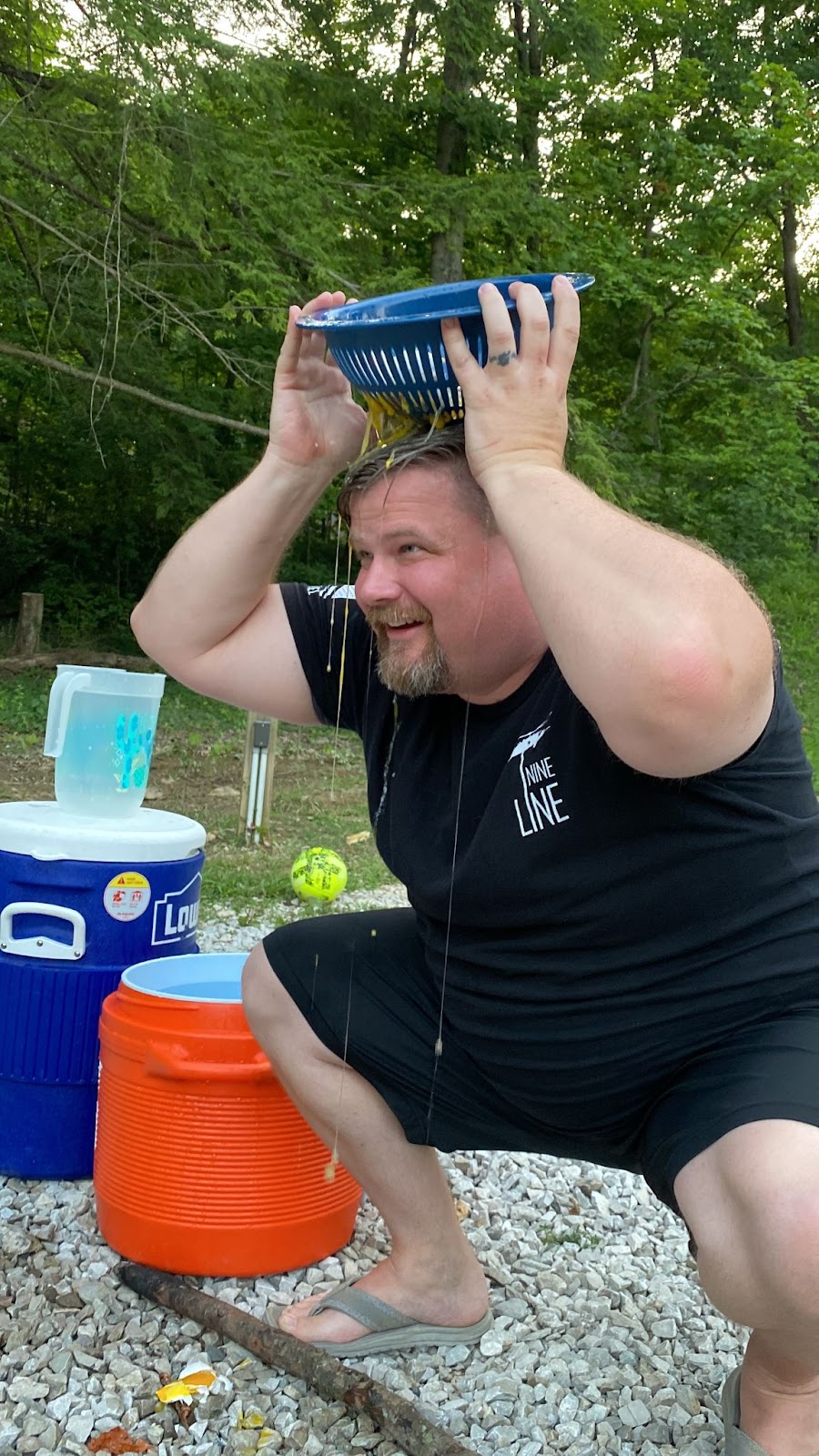