During lunch, the highly sought after “Golden Dust Pan Awards” were handed out to the cleanest boys cabin and cleanest girls cabin. Today, the Cabin 3 girls won the award and the Cabin 9 boys took home the trophy. Each will display their award in their sparkly clean cabin for the next 24 hours.

Sports staff member Brian Clark was given the “Oscar the Grouch” award because “at mealtime, he lives in the trash can,” helping campers during cleanup following each meal.

Ryan Crozier was given the “Making a Splash” award because he had left his water bottle on the volleyball court and when it was tossed to him for him to retrieve it, it burst and splashed all over him.

Evan Kriech was given the “Barnabas’s Buddy” award because he was extremely helpful with one of his bunkmates yesterday.

Compadre Brooke Howell was given the “Driving Ms. Daisy” award because she had never driven a golf cart, and when she did, she was extremely slow.

Isaiah Higgins was awarded the “Dunkin’ Daredevil” award because he dunked the basketball three times this morning.

Purple team captain Phil Martin was presented the “Batman Award” because he captured a bat that had been flying inside the mess hall and safely removed it and released it outside. 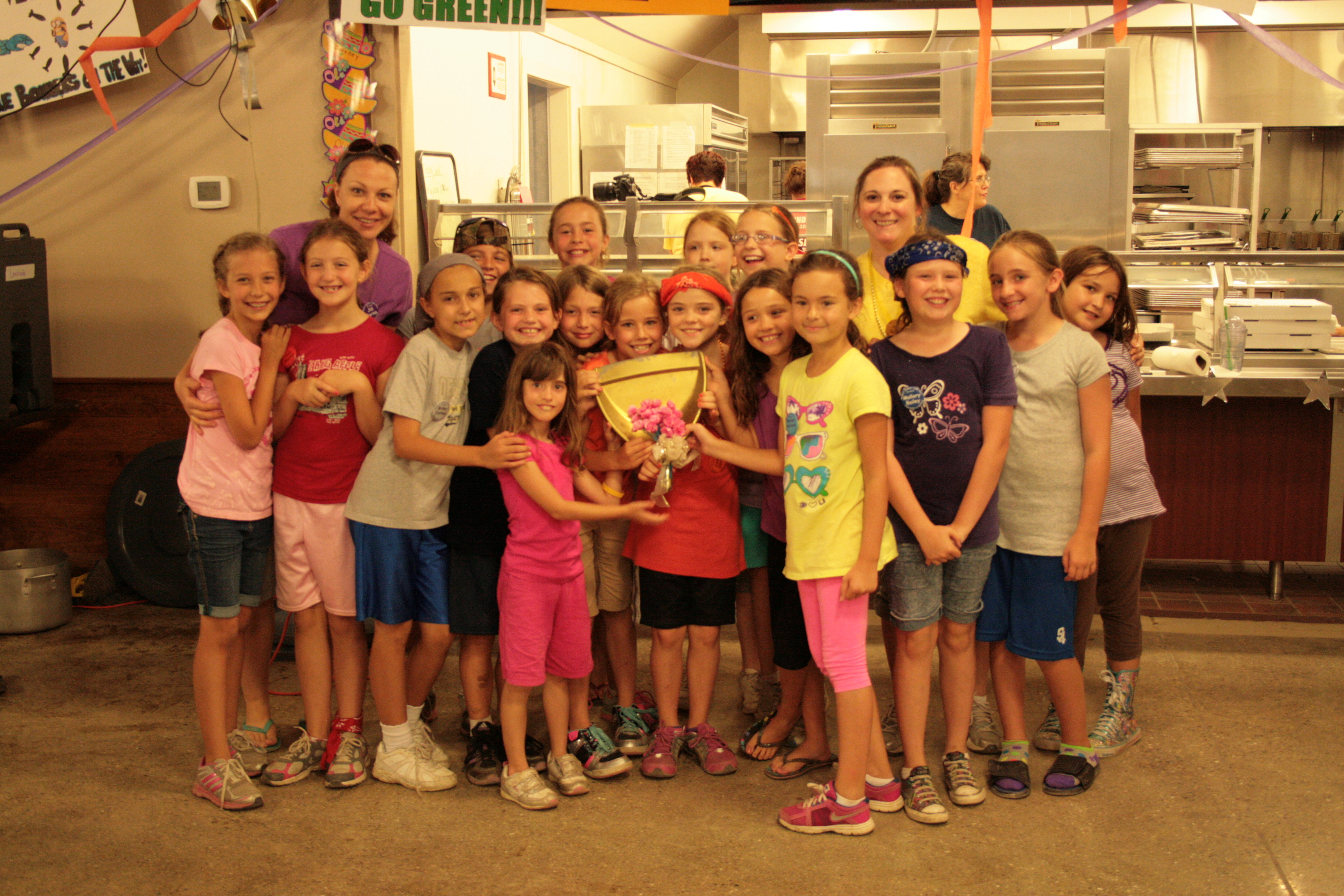 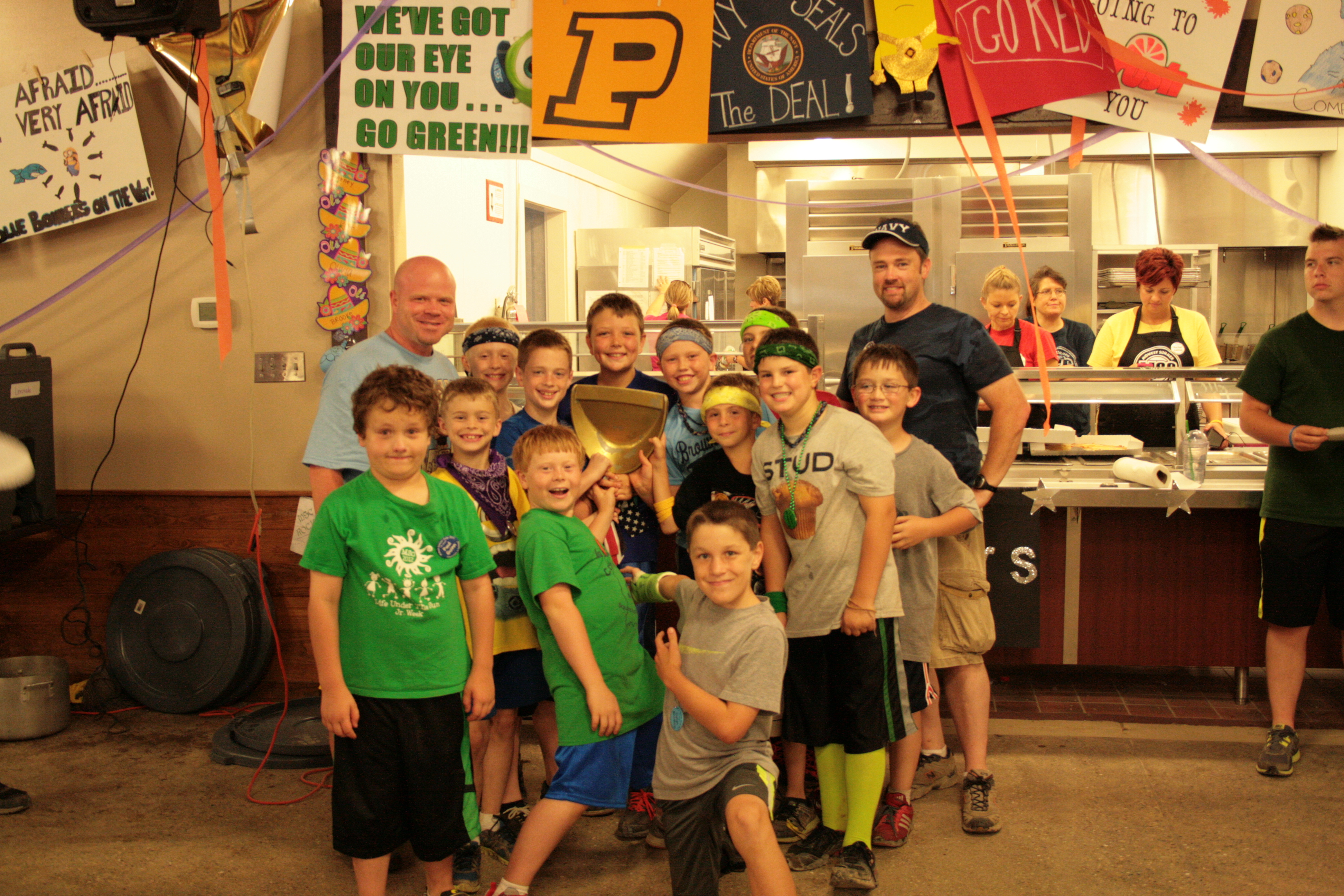 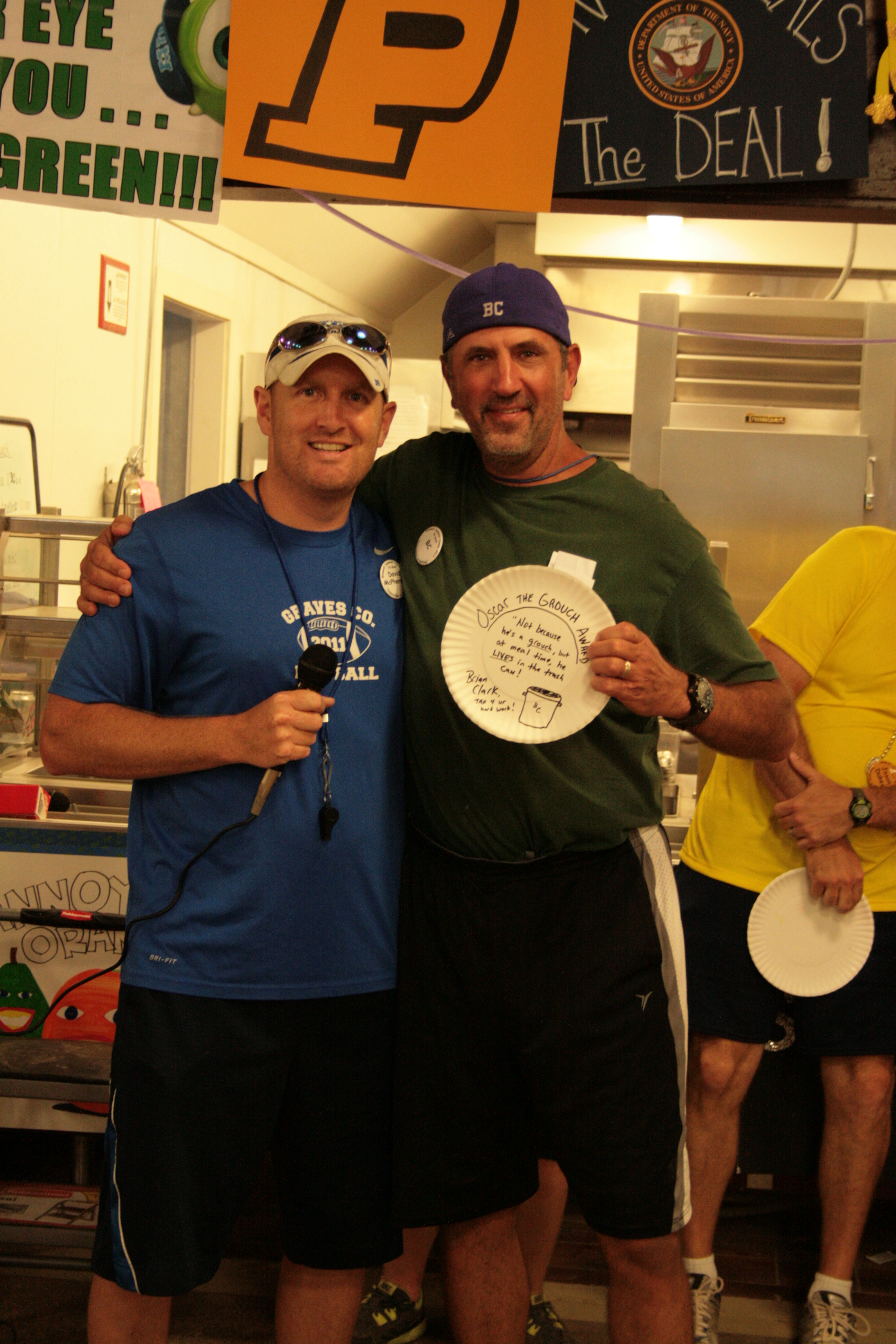 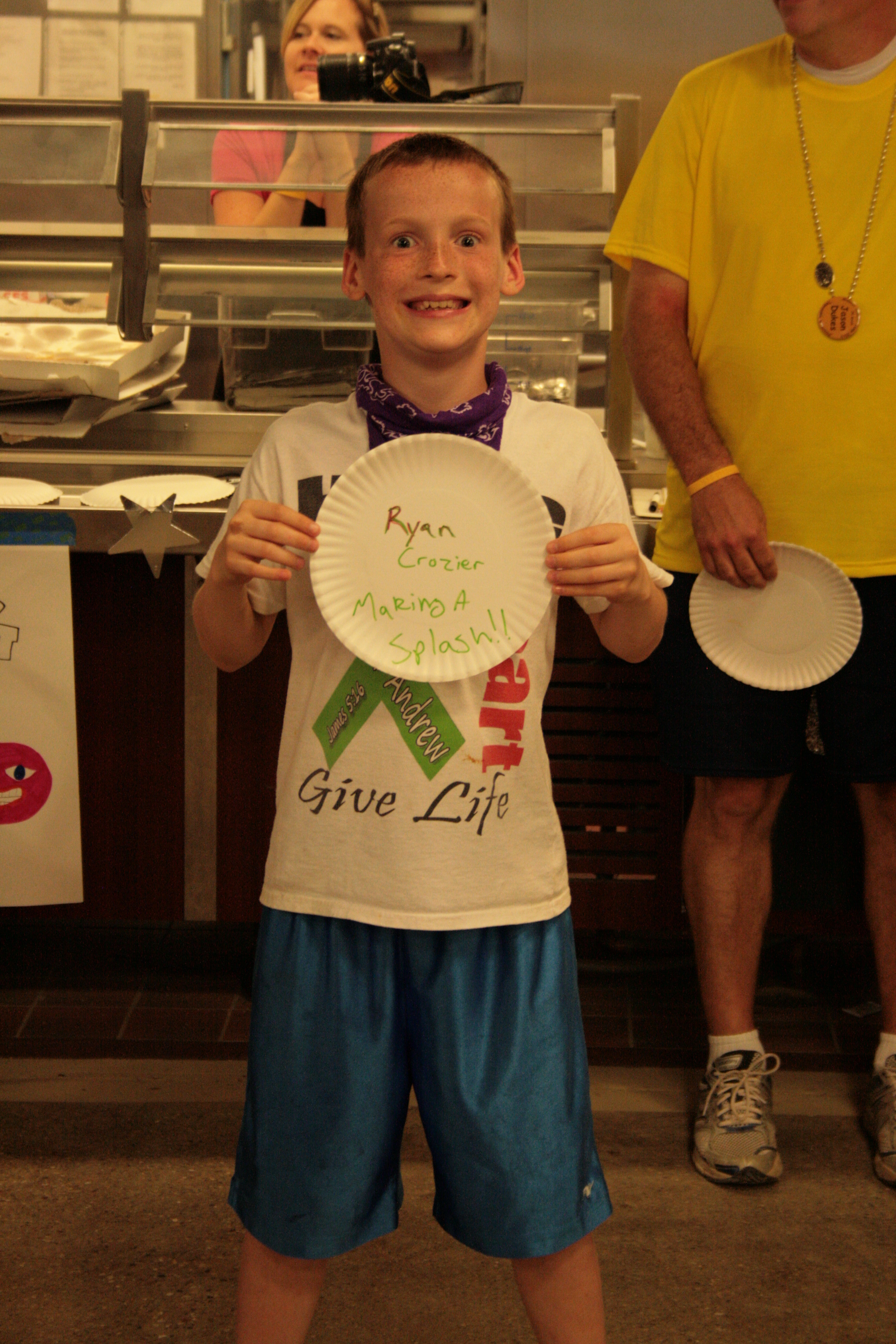 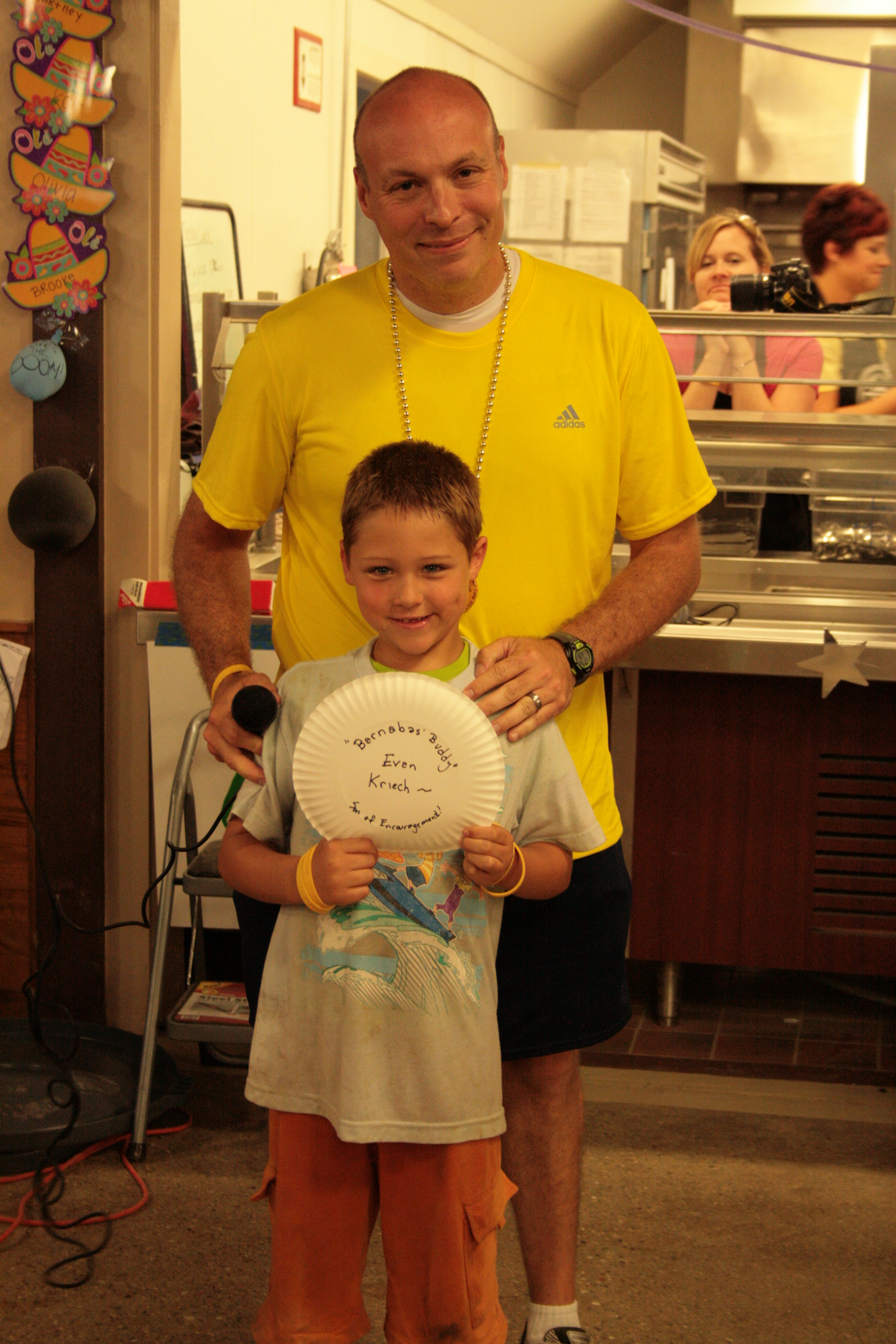 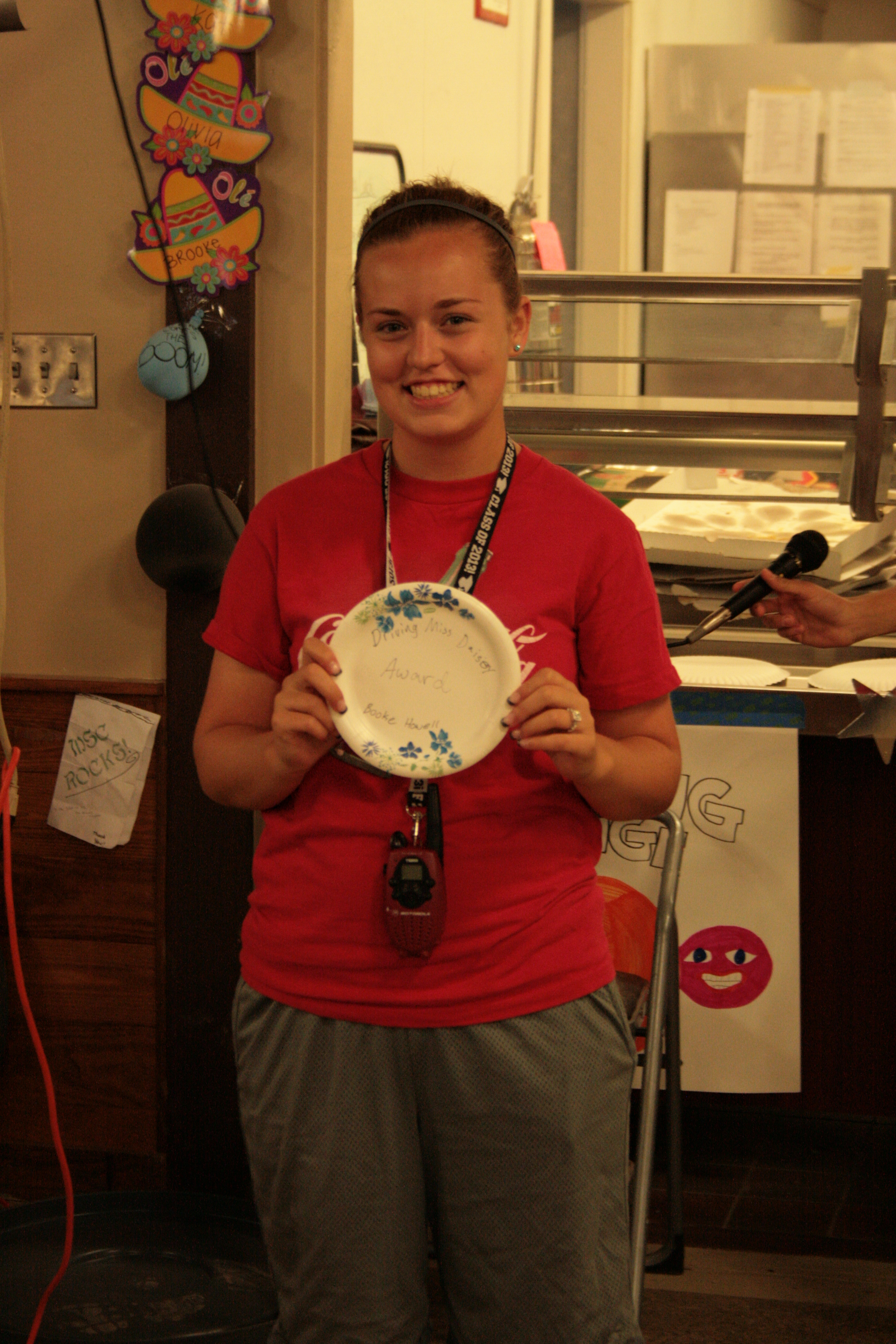 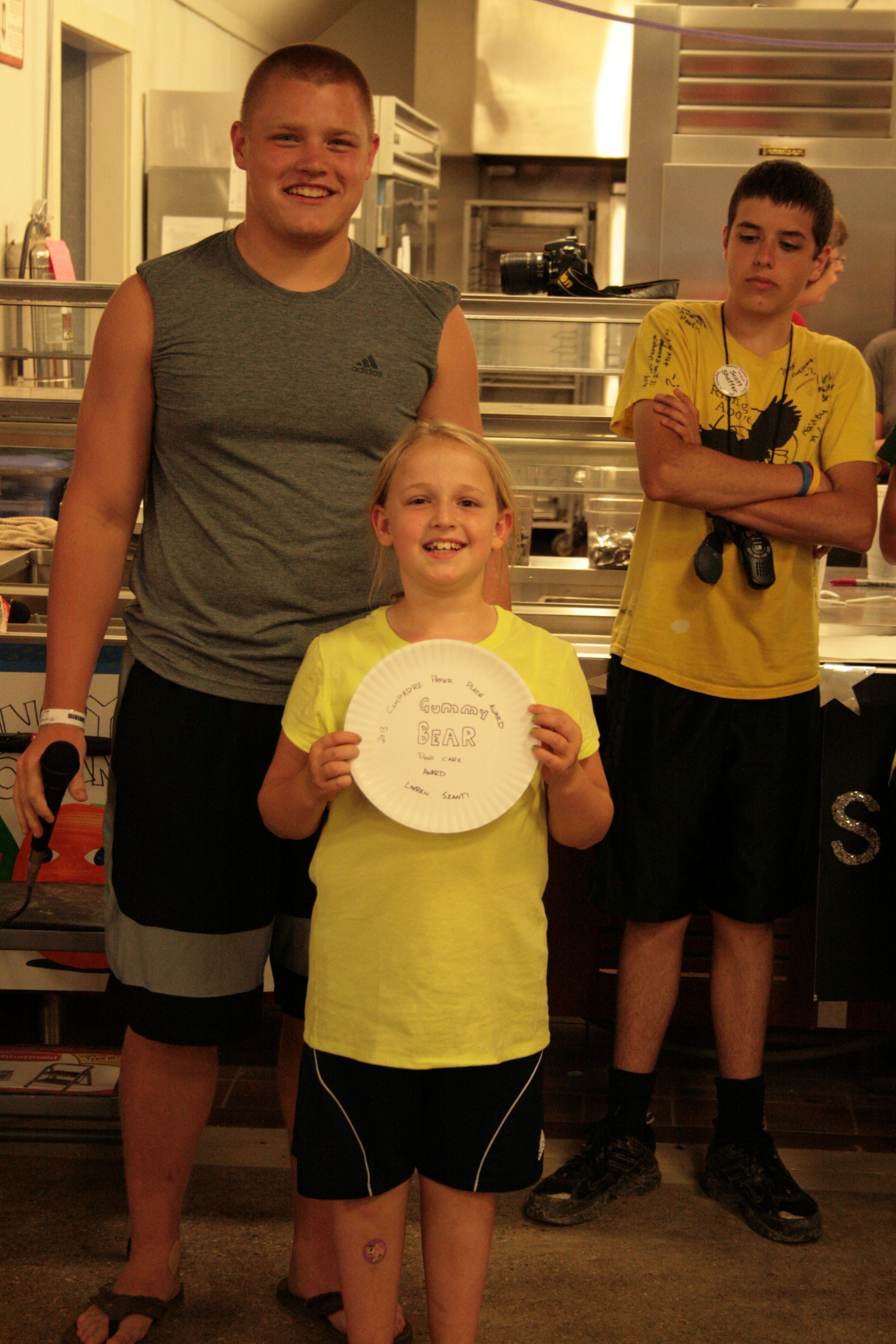 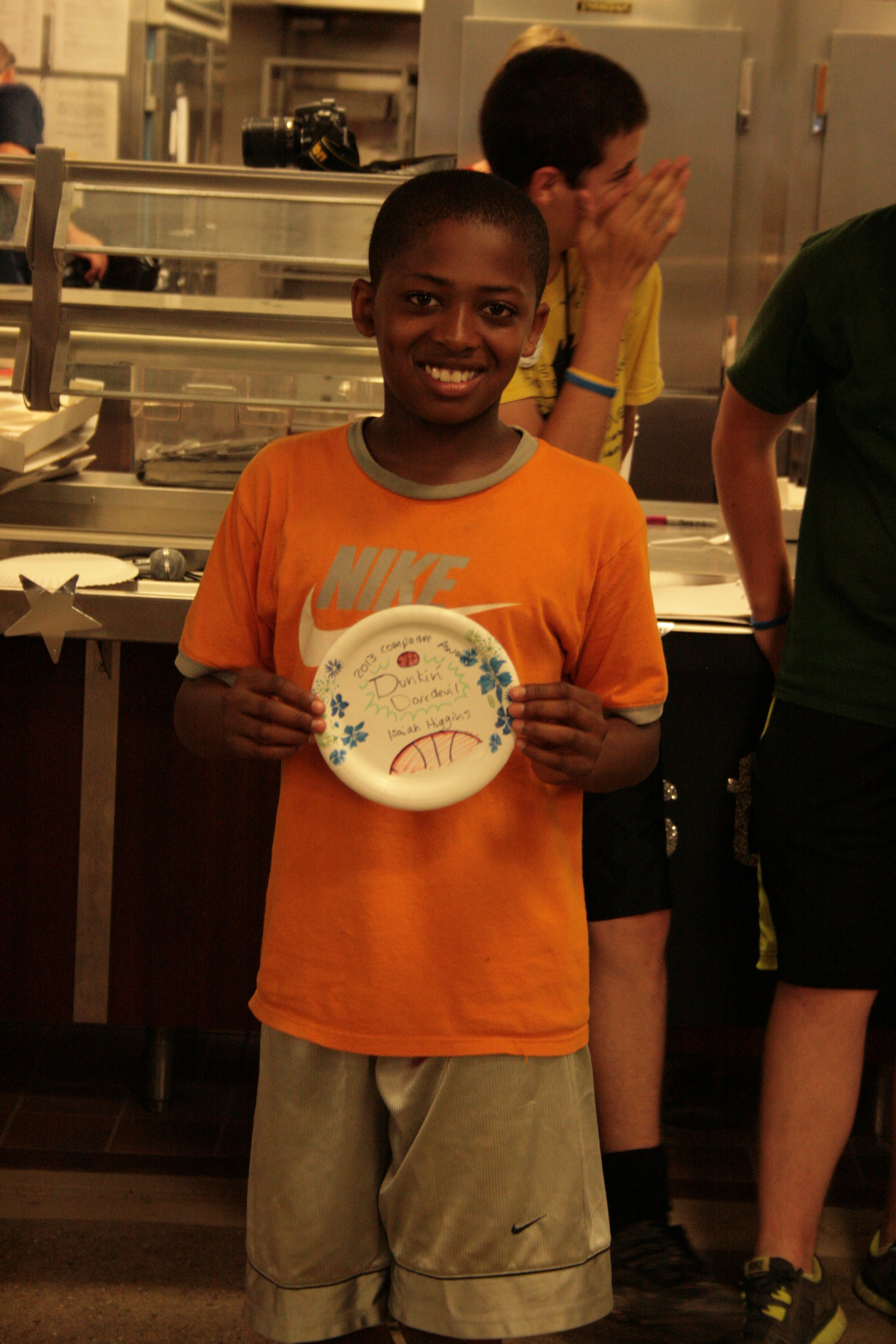 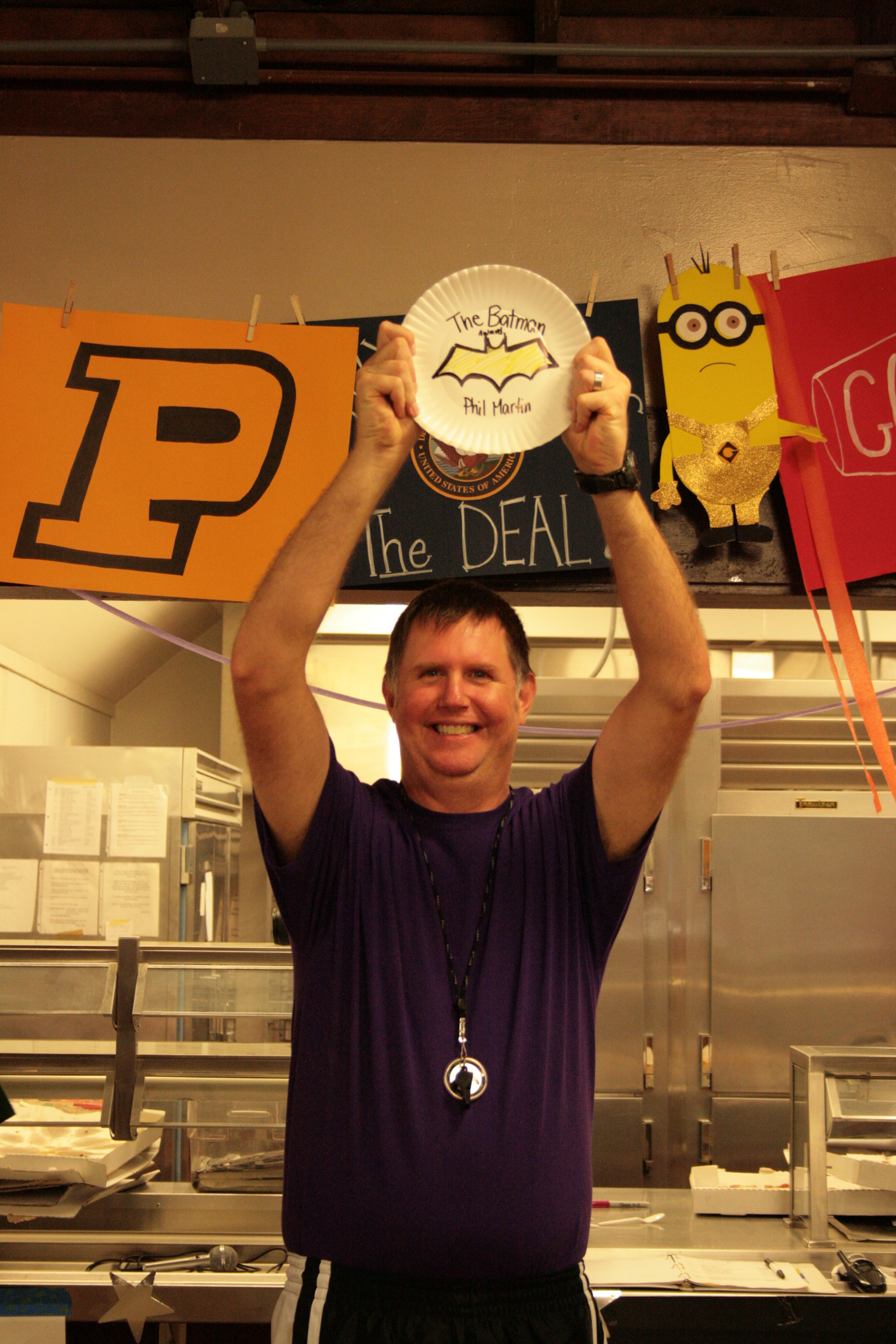