Todd Walker joined us for worship service last night to present a lesson on how David was a conqueror to go along with our theme “More than Conquerors.”

Todd took us to 1 Samuel 17 to read the story of David and Goliath.  After reading the passage, Todd sets the scene and describes how the Philestines were on one mountain, Israelites were on another mountain and no one wanted to move to give up the higher ground.  As we know, Goliath was the champion of the Philestines and he was big!  Goliath continually calls out to the Israelites to try to discourage them and intimidate them.  Todd asked if anyone had ever made fun of the campers.  Imagine someone doing that 80 times….Goliath taunted them for 40 days, twice a day!  David was sent to the camp with food and starts asking questions.  His brother didn’t like that and even his brother makes fun of him a bit.  All these mighty warriors around Saul and no one will go against Goliath….but David will!  He takes 5 smooth stones, his sling shot and pouch but no armor!  That’s a lot of faith!

Todd further illustrated the difference between David and Goliath by asking Neil Tremblet and Cade Elkins to come up to the front and stand face to face to show what the scene would have looked like.  Then he has all the men come and stand behind Cade to illustrate that Cade could beat Neil if he had all those people to have his back……but David didn’t have that!  No one had his back but the LORD!  That’s all he needed! 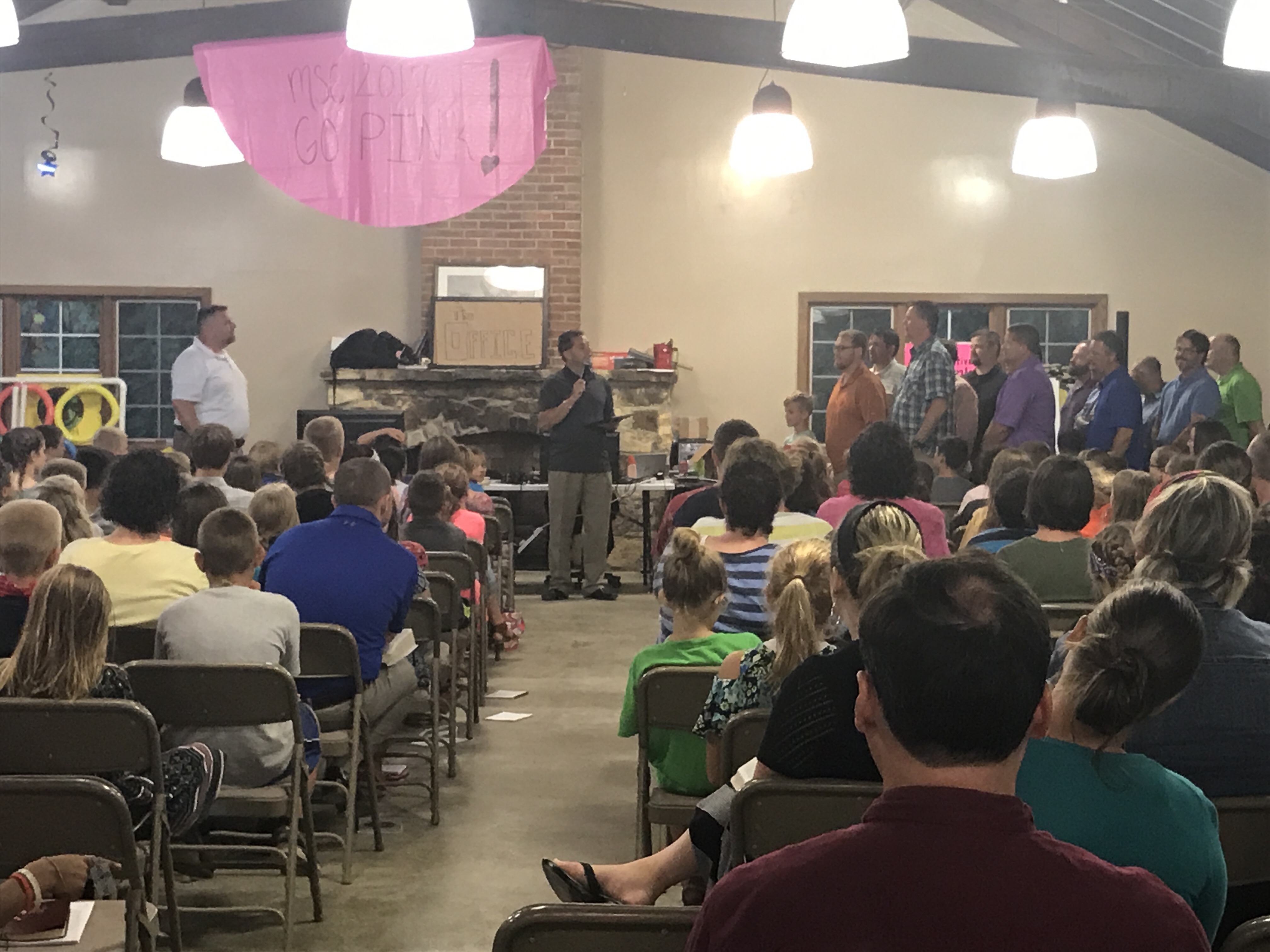 We all face our Goliaths in life.  Sometimes we feel like we got it; sometimes we feel like we do not.  David didn’t have a bunch of strong guys standing behind him, he only had his faith in the Lord.  He knew God has his back and he was confident in his tools he had.  He didn’t care what people said, he knew what God could do.

David stepped out as a leader that day and we can all be leaders as well.  And remember, leadership isn’t just about leading – leadership is simply influence.  Like David, we can set our own path.

As we are facing our Goliaths in life, we can be more than conquerors if we have the same attitude as David and run straight for those challenges with faith in God because he has our back!